The market sentiments continue to remain skeptical despite the fact that Bitcoin price strongly holds above $19,000. Therefore, compressing the SHIB price below $0.000011 from the past couple of days. While the bearish pressure is expected to extend for a longer time, some indicators flash a probability of a revival of a bullish trend.

Since it recovered from the June lows, the Shiba INU price has been trading above the critical trend line. However, due to the latest bearish action, the price was compelled to drop below these levels. Meanwhile, the memecoin continues to hold above the crucial levels around $0.00001 which signifies the revival of a bullish trend very soon.

The above metrics determine the correlation of Shiba INU with that of Bitcoin. A drop in these metrics denotes the increasing strength of the SHIB prices. Previously, during the middle of August, the correlation which was pretty stagnant, began to drop from 0.9 or 90% to reach 0.09 or 9%. At the same time, SHIB’s price ignited a strong uptrend and surged from $0.00001261 to as high as $0.00001797.

On the contrary, a recovery in the correlation further slashed the price below the pivotal level of $0.000012. The correlation appears to have begun to drop from the high of 0.88 or 88% and is presently hovering at 0.71 or 71%. If the previous trend repeats and a notable drop below 10% are recorded, then the SHIB price may rise again beyond $0.000015.

Why Shiba INU Price May Not Drop After the Surge?

However, the Shiba INU price if surged, may continue to remain above the gained levels as the whales have entered the game.

As per the data from intotheblock 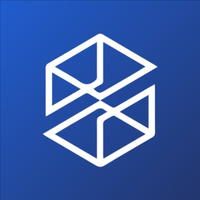 , the large holder inflow has just spiked from 383.9 billion to 3.32 trillion in less than 24 hours. On the other hand, the outflow remained considerable less which rose from 371.93 billion to 738.27 billion at the same time. Moreover, the long-time holders, holding SHIB tokens for more than a year have witnessed a sudden spike immediately after the market collapsed in May.

Conversely, the middle-term holders holding the tokens from a month to a year have dropped notably. Additionally, whales holding 10K to 10M Shiba INU tokens have also seen a constant rise over time.

Given all of the above data, it is reasonable to conclude that the Shiba INU (SHIB) price is about to skyrocket. Meanwhile, the bulls and the whales must continue to rule in order to keep the price above the gained levels in the near term.