Ripple’s XRP price ever since lost positions above $0.55 during the May crash and has severely remained drained under waters since then. The asset does not appear to have made any attempts to regain the bullish momentum and lay down a strong uptrend. However, recent data shows, that the volatility is about to peak at the earliest which may uplift the XRP price very soon.

Data put up by a popular on-chain analysis platform enlighted the crypto space with huge XRP token movements in recent times. As per the data, a large amount of dormant XRP tokens are been shifted. Among them were several primary active wallets that moved their XRP wallet contents.

A couple of analysts believed that as one of the top XRP whales, its co-founder, jed mccaleb 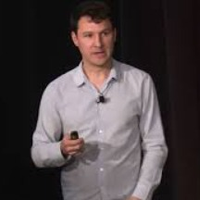 jed mccaleb founder at stellar   Jed McCaleb is a notable digital currency advocate who helped help establish 'stellar'. He is also an American programmer, entrepreneur, and philanthropist. Also, in the years paving the way for his work with XLM, Jed filled in as the CTO of Ripple. In any case, he is likely most popular for being the maker of Mt Gox. a trade that broadly succumbed to an enormous hacking embarrassment back in 2014. In conclusion, it additionally bears referencing that Jed is the maker of eDonkey, a spearheading P2P document sharing organization.     He is also known for creating the Mt. Gox bitcoin exchange, the peer-to-peer eDonkey, and Overnet networks as well as the eDonkey2000 application. In January 2018, it was accounted for that McCaleb's Ripple token proprietorship was valued at $20 billion, which would place him at 40th spot in Forbes' rundown of the world's most extravagant individuals. He was born in Fayetteville, Arkansas, and went to the University of California, Berkeley. He, at last, exited and moved to New York City.    In 2007, he bought the area Mtgox.com to make an exchanging site for Magic: The Gathering cards. After continuing from his unique thought, McCaleb reused the site in late 2010 as a bitcoin trade that could interact with bitcoin-to-dollar exchanges. The site filled in fame inside months. He offered the organization to Mark Karpelès in February 2011 and stayed a minority proprietor in the organization until its breakdown in 2014. EntrepreneurDeveloper/ProgrammerChief Technology Officer

Followers : 0 View profile finished with his selling, the asset may find some stability in its price. Soon after he sold the last share of his holdings, dormant tokens were on a move indicating huge volatility incoming. The XRP whales or long-term holders becoming active now signals an XRP price rally approaching fast.

On the other hand, Whale Alert, a platform that tracks unusual transfers in a series of Tweets reported more than 375 million XRP tokens being moved in the past 48 hours. Among them, the single largest chunk of tokens belongs to an address with nearly 155 million tokens. Therefore, significant price action is believed to occur in the upcoming week, regardless of the direction.

Hence, the Ripple(XRP) price may appear stagnant presently but could raise its volatility and intensity in the coming week.

Shiba INU Price to Explode Soon Could Settle Above These Levels in Coming Days!