The global cryptocurrency market offers an effective platform for the emerging and the new established currencies. As the market is vast and volatile, many currencies are listed everyday.

HOGE and MEME are the new entrants in the market among the listed currencies.

HOGE made its existence in the crypto market on 15 February 2021 with an exchange value of $0.000001. As the new entrant in the market it failed to get recognized and continued to trade at the same price range. Later the currency incited upwards and dramatically hit the $0.0003 mark in March.

What Triggered the Sudden Surge?

The Dogecoin of the DeFi world and the deflationary currency facilitates many features such as auto staking and yield farming. One of the main causes for the price boost might be the announcement made by BKEX regarding the listing of Hoge Finance.

Other reasons might be the diclosement of the amount of HOGE holders by the community and thanking the users and investors for supporting and investing in the Hoge Finance.

MEME entered the crypto sphere with a consistently low price of $17.63 on August 16 2020. Significantly, the currency hit $190 within a few days of trade and started to vary after. Dramatically, the coin spiked to $1614.77 by September as it was recognized by the marketers and further declined to $369.44 by December to end the year 2020.

Effectively, MEME established control over the bulls as the price drastically surged to $3600 mark in the last 24 hours with above 30% momentum. The MEME traded at the $2000 mark before the massive price rally.

MEME is the non-fungible token on the Ethereum blockchain. The community’s announcement regarding the minting and selling of 100 Xenofile might be the cause for the sudden price surge. 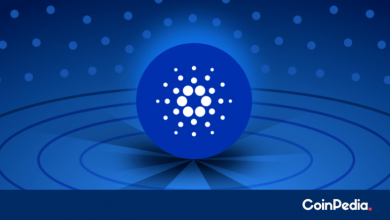 Cardano Price Could Lose Another 30% If The Traders Fail To Jump In!!!

Cardano Price Action: Traders Need to Keep an Eye on this Buy level for ADA Price!