After reaching a peak of well over $4,000 two weeks ago, Ethereum Price has dropped to around $3,000 in a flash. The broader crypto market slump wreaked havoc on ETH and the rest of the altcoins, and even brought Bitcoin to its knees. If previous market cycles are any indicator, the fall might be the start of a rising trendline that propels the top-ranked crypto to around $10,000 per ETH.

Bitcoin and Ethereum both skyrocketed during the 2017 bull market as money poured into the market. Much of that money went to ICOs, which just added to the FOMO for ETH.

Things are extremely different today. The market is carried on the back of the most major altcoin in the field. Sure, this means higher fees and slower transactions, but that’s because DeFi and NFTs are such major deals.

These two transformative innovations are also due to Ethereum, and while rival chains may eventually overtake it, the first-mover advantage is difficult to beat. Even if the altcoin’s price dropped recently, the drop was purely technical, and the fundamentals remain optimistic. This could mean that the recent selloff was the bottom and that after some hovering in an upward pattern, ETH might break out to $10,000.

The pattern in question is an ascending triangle pattern, as shown in the image above. The pattern also resembles the last bull market’s last consolidation period, before Ethereum hit all-time highs and the bear market began.

The structure’s aim, according to one trader who is also seeing the pattern play out, will be $10,000 per ETH. The price action would fit if an ascending pitchfork channel and certain bars from the previous breakthrough were projected ahead.

XRP Price Tanks Below $1, The Dreadful Scenario Yet To Come? 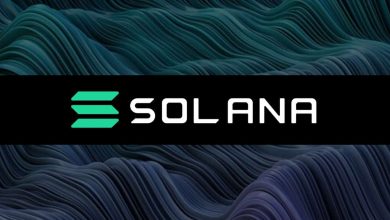 How is Solana (SOL) Price Grappling with Bearish Crypto Market? Right Time to Buy the Dip?