Chainlink has been on a bull rally since the starting of the year 2021, hitting ATH levels. LINK had set an ATH record of $37 on February 20, 2021, and since has been on a rollercoaster ride.

However, the LINK Price saw an acute rise of 9% on March 17, 2021. This rise was due to the announcements of Grayscale disclosed plans on Wednesday for new investment trusts linked to the digital assets. Link token made it to the list along with MANA, FIL and others. All the assets mentioned on the list saw significant volatility.

It is common for cryptocurrencies to react sharply to the positive news in the market. But it is to be seen, what is the direction it will follow for the next quarter.

Looking at the 1hour candle chart, it is evident that the Link was following a Parallel-ascending pattern. Soon after the announcement by Grayscale, the price shot up breaking out of the parallel resistance along with the Higher Highs. But the candles could not form above the resistance levels of $31. Also, the market was experiencing selling pressure at the time of penning this article.

Apart from the trends, the Bollinger band is broadening, indicating the potential for strong momentum according to the price action. The Relative strength index also suggests the same, lying between 55-60 levels. The currency falls at a phase where the price action can run the bull run or bearish fall.

Fibonacci levels indicate that the value of Link is trading at a strong 0.76 levels. Hence it can be assumed that if the market wants to break its ATH levels, it has to consolidate at around the current price levels of $31. 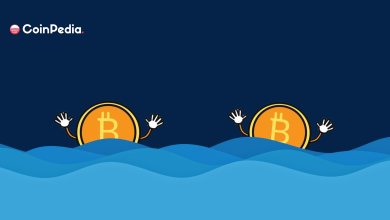