Bitcoin price throughout the weekend remained pretty much consolidated with reduced volatility while the bears maintained their dominance. While the short-term charts appear to be pretty shaky, analysts see a strong bull run imminent in the second half of 2022. This is mainly because a vital indicator which went green during the previous Bitcoin rallies is slowly turning green at the moment.

Intelligence Strategist, Mike McGlone believes the star crypto is all set to pull a massive leg up very soon. Additionally, several indicators that had previously flashed a bull run indicator are now trading at similar levels. Therefore, raising the possibility of undergoing a similar price action in the coming days.

The analyst notes that the asset flipped finely from the July lows which is the main reason to predict the upcoming bull run. The analyst also identified the Bart Simpson pattern during the monthly close which usually indicates a strong price action.

Additionally, the Market Value to Realized Value(MVRV) and long-term Moving Average cross-over signals are displaying bullish signals.  The analyst also considers the Puell Multiple signals and believes that the BTC price is heavily undervalued. Currently, the Puell Multiple has dropped below 0.5 and entered the green zone which is supposed to be a strong buy signal.

Collectively, the Bitcoin (BTC) price appears to be on the verge 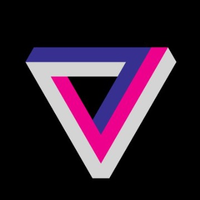 of a significant breakout. However, the bulls may dominate the rally only when the price ranges beyond the crucial resistance levels around $24,400. Raising above these levels and sustaining beyond $25,000 may be the key target for Bitcoin for August 2022.

Bitcoin And Ethereum May Awaken Bears If Fail To Hold This Level! Here’s Where BTC And ETH Price Are Heading This Weekend

When Altcoins Could Rise by 10x to 15x? Will Bitcoin Bottom Prompt the AltSeason 2023?

Cardano & Fantom Prices Explode-Will the Bullish Momentum Continue into the Next Week?

Ripple Close to a Victory Against SEC-Will XRP Price React or Remain Unstirred?