The VSolidus team is excited to announce the release of a “new cryptocurrency with potentially revolutionary assets.” The anticipated release has sparked lively conversation amongst digital currency investors and enthusiasts in recent weeks.

According to the team, the Project will be officially launched on January 27 2022 as a new peer-to-peer virtual currency that allows users to make nearly-free, instant payments across the globe.

The soon-to-be-released digital currency has been causing a stir in the cryptocurrency market since the team announced its partnership with globally-recognized exchanges such as Hotbit, BitMart, and XST.com. These exchanges boast combine users of over 13 million, a smart way to give the VSolidus project massive publicity and global recognition.

Before its official launch, the project has amassed 154,447 registered members, largely thanks to its mining tool via the VSolidus core & daily reward programs.

The project is the brainchild of a team of experts, led by a FinTech and cyber security specialist who doubles as the project’s CEO. The CEO has innovated & introduced several technologies used in everyday society for government projects. Some of the big-name ambassadors of the project include some well-recognized names, including the likes of Harry Redknapp.

According to the team, the VCode that is rumored to have the potential to revolutionize the cryptocurrency world is a project that allows users “to gain information instantaneously on the move in both online and offline environments.”

The gathered information can then be distributed via several channels based on factors such as geo-location, user demographics, and past interactions.

The team are confident that VCode will gain recognition as more users understand the endless possibilities and vast utility it offers.

The Nova wallet is a secure wallet for storing, sending, and receiving VSolidus. The team explained that Nova is the driving force behind the VSolidus project.

The user-friendly application is available for download on Google Play and App store for iOS and Android users. Within the first 90 days of its listing on those platforms, it has been downloaded over 100,000 times.

Besides the numerous attractive features of the VSolidus project highlighted above, there are plans for the project to have its own NFT Marketplace and decentralized exchange.

The team is building a working relationship with notable sports clubs, brands, restaurant chains, retail chains, and several other brands to create a solid future for the VSolidus project. 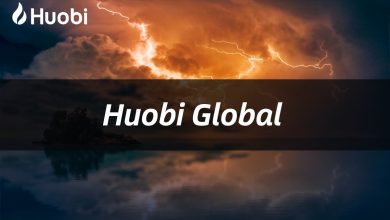 The Colossal Crypto Crash: But Fortune Favors a Resilient Ecosystem