TNC Group, known for their crypto M&A initiatives, and its subsidiary TNC Coin recently announced that the team will burn 80 percent of the coin’s total supply.

This means that 800 billion TNC Coins will permanently be removed from the market.

The team urged people to stay tuned as they will announce the details such as the burn date very soon.

In an official announcement, TNC Coin CEO Jason Jang noted challenges that the team faced amid the pandemic.

These include the decline of TNC’s coin value and the slow process of TNC Group’s merger project.
However, despite these challenges, the TNC team still pushed forward.

According to the team, to overcome the unique market challenges, they enhanced their strategies and will implement the best solutions.

Originally, TNC Group set a goal of 500 companies for their crypto M&A project. Because of this, they minted a total supply of 1 trillion TNC Coins to support this objective.

As a response to the challenges that the team is facing, TNC announced that they will reduce the number of merger companies by 80 percent — from 500, it will now be 100 mergers.

Similarly, the team also mentioned that they will burn a corresponding amount of TNC Coins — 800 billion coins in total.

While some may find this change very drastic, the team is highly determined. Focusing on 100 companies instead of 500 shows that TNC is prioritizing quality over quantity.

This strategic change brings exclusivity and a better sense of belongingness to the merger project. The team believes that a smaller group would be more solid, connected, and elite, leading to more success.

Aside from this, Mr. Jang noted several other key points that will push TNC forward. These are consistency and coordination with exchanges.

According to Mr. Jang, “business continuity is key.” “We need to focus our efforts on securing mainnet technology, market circulation, and distribution of our coins every step of the way,” he added.

Lastly, the TNC CEO voiced his thanks to the people who contributed a lot to their success.

“I am proud and inspired by the way our company has risen to this challenge with flexibility, resilience, courage, and a caring heart,” he said. 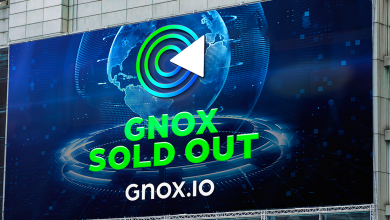