There are over 18,000 cryptocurrencies in the world currently, but very few are successful, for every investor, one main focus is to research what coin their money would be going into. Nobody wants to put their money into a shitcoin for pumps and dumps projects, which is why we have decided to save you the time and energy by going through the research for you and bringing these coins that will be leaving the bear market soon; Parody Coin (PARO), Shiba Inu (SHIB) and Polygon (MATIC).

From the moment the Parody Coin (PARO) went on presale, it drew attention with its creative strategy, creating exceptional buying possibilities that allow for anybody to be involved. Especially those who consider holding the coin for the long-term would get more value from Parody Coin (PARO) since the cost they pay for transactions generates the obligation to maintain liquidity, rather than providing funds to kick-start conversion of different coins.

The project team indicated that existing coins on the market would be burned gradually to maintain their financial value in the long run and the possibility that staking investors would be able to receive passive income over time due to the incentives it will provide.

Shiba Inu (SHIB) is a meme coin, and it is listed under their own Shiba swap. Just like an anonymous person who createdBitcoin (BTC) under the name Satoshi Nakamoto, SHIB’s creator uses the pseudonym ‘Ryoshi’ and describes himself as someone that, even if he gets discovered, will have people underwhelmed.

The Shiba Inu (SHIB) website enables artists that are involved with dogs in one way or the other from across the continents to participate in the “creative Shiba movement” by introducing their Shiba Inu (SHIB) community to the NFT market to promote the Japanese breed of dog emblem. Shiba Inu has also launched an Amazon Smile campaign to raise funds for the Shiba Inu Rescue Association, which rescues real, live Shiba Inu (SHIB) dogs.

Polygon (MATIC) coin implies that it has no plans to improve its present basic blockchain layer anytime soon. There’s staking that MATIC does that enables significantly lesser risk. However, it is still necessary to research because if the validator you choose is malicious or makes mistakes, you may lose some or all of your staked MATIC.

Polygon (MATIC) presently supports just the Ethereum (ETH) base chain; however, based on community proposals and consensus, the network plans to expand support for other base chains. It also may now host a limitless amount of decentralised applications on its infrastructure thanks to the Plasma framework, which avoids the disadvantages that plague proof-of-work blockchains.

You can hopefully increase your passive income by adding the Parody Coin (PARO) to your portfolio during its presale period. It is one of the most sought-after new tokens taking over the cryptocurrency space. 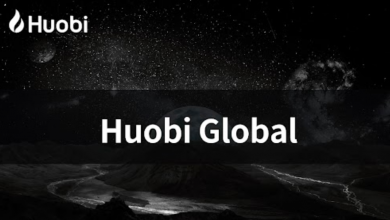