With the rapid development of deep learning, the capabilities of AI-based vision recognition has also greatly improved throughout the past few years. That being said, computer vision still faces serious challenges in fine-grained classification and the respective category learning.

In order to encourage innovations in this arena, Google launched the global iNaturalist 2018 Challenge, which is a large-scale species classification competition organized by iNaturalist and Visipedia. 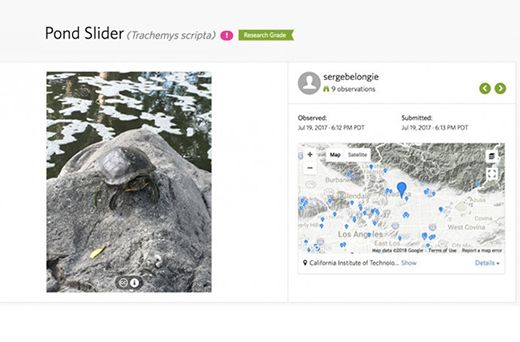 What’s commonly referred to as “concept trees” is an important tool for human beings to develop an understanding of the world. Every human being learns to recognize familiar objects from her or his birth. However, it is not very useful to purely identify a large number of discrete objects.

An essential capability of human cognition is to organize the recognized objects into categories into a tree structure, in which the hierarchical relation naturally matches the closeness among different objects.  This is not only an induction of existing knowledge but also an important basis for the inference of unrecognized objects.

For example, when our ancestors roamed on the African and first saw a cheetah, we can still infer it as a large and unknown predator base our experience with tigers and lions. It is still not totally clear how we human beings reason the underlying relationships and build such a concept tree in our brain, but today many cognition researchers believe that our brains may use the Bayesian Theorem for this purpose.

In fact, many AI experts that the merge of the fast-growing deep learning technology and the Bayesian reasoning will become an important trend in both understanding human brains and developing more powerful machine learning algorithms. Deep neural networks serve a great tool to identify high-quality features, while the Bayesian-based techniques provide a powerful tool to infer the underlying relations among features and the respective objects.

Google has specifically referred to this as “Better ML” technology which will eventually enable machines to have a comparable level of reasoning abilities as human beings. Professor Deng Yangdong has also been actively working on the integration of Bayesian computing and deep learning. His team is now building a dedicated hardware platform to integrate both deep learning and Bayesian computations. 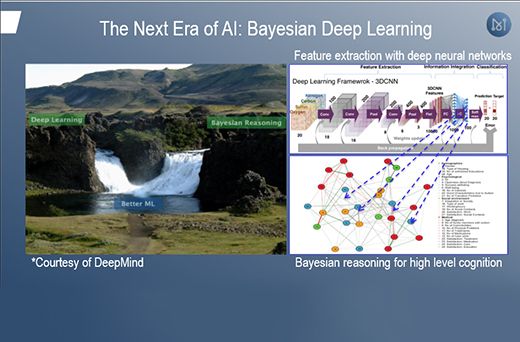 Google’s primary goal in initiating this competition is to achieve high-quality fine-grained classification on plants and animals. Professor Deng Yangdong also mentioned, “the main job of a biologist (who was a naturalist at the time) prior to Darwin was to discover new species and assign them into a taxonomy system, which is actually a concept tree.

Now, we want the machine to be a qualified ” naturalist ” that identifies sub-species by distinguishing localized feature specific to each species.

In fact, such a classification will involve visual recognition, but also object detection, positioning, and segmentation are all in need. You can imagine how to teach you machine learning classifier to distinguish two-spot, three-spot, four-spot, five-spot, six-spot, and seven-spot ladybugs. Although the iNaturalist competition does not require explicitly constructing the concept tree, it will lay the foundation for developing highly effective category learning solutions,

The competition offers a dataset of 450,000 training images. The images in the dataset follow a long tail distribution, and many categories would have a limited number of samples. It is essential for machine learning to handle long-tailed distributions.

Thus the natural world can be severely unbalanced and some of these species. Since are both richer and easier to photograph in comparison to others. However, such a distribution also suggest few-shot learning for may categories.

Currently, Professor Deng is responsible for the overall design of the artificial intelligence techniques and hardware of the MATRIX project. His team achieved first place in the COCO contest (common objects in context), an international competition for computer vision algorithms hosted by Microsoft and Facebook.

The iNaturalist 2018 Challenge will be closing in early June of this year. With less than three months left, we cannot wait to see the result

Designed to be a new-generation blockchain, MATRIX leverages the latest Artificial Intelligence (AI) techniques to revolutionize the landscape of cryptocurrency. MATRIX differentiates itself from previous blockchains by offering breakthrough technologies in building AI-enabled blockchain networks.