Daikokuten Sama has taken a step forward in advancing its services and completed the testing with LuckyDraw. The official draw of LuckyDraw will begin in the next few days. The platform now has over 7000 holders who proudly hold $DKKS. The marketing plans to get Daikokuten on its first exchange by the end of October or early November are already running.

Why is Daikokuten Sama A Relevant Project?

The coronavirus pandemic caused instability to many people’s income causing an economic crisis. Several countries faced and are still facing increased inflation rates because of which their traditional currency value is decreasing. Valuable services have become unaffordable to the common public and there is a need to bring in a solid support system that can guide people and advise them to make wise financial choices.

Daikokuten was built just for that. It is a community-driven project that supports global financial goodness by aiding many to take better control of their money and thereby their future to create better opportunities.

The token was made based on the Japanese god of wealth who is also the leader of the 7 gods. He is considered a symbol of prosperity and is seen carrying a hammer and a bag of treasures in his hand.

What does the Daikokuten Sama Ecosystem Contain?

The platform hosts several features for its ever-growing community. It has a marketplace where $DKKS and other partner tokens can be used to purchase goods and services. It also provides high-quality education on various aspects and there is also a finance department that deals with swap trade, flash loan, staking, creating NFTs and so on. The entertainment wing of Daikokuten has lottery rewards, partnerships with music channels and play-to-earn NFT games.

There is a 10% tax on every sell transaction which is used for a number of benefits. 3% is used for distributing $DKKS to the holders. 5% for the liquidity pool and 2% for marketing benefits.

To know more about Daikokuten Sama and to become a part of the community, visit https://daikokuten.finance/ What Do Investors Think About Plona (PLON), FTX Token (FFT) and Quant (QNT)? 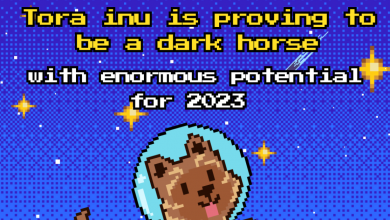