It is an undisputed fact that Bitcoin and Tesla are the two top and most talked about investment options and high rewarding assets that can be acquired. The funny truth about these two names is that they are both showing signs of massive bull runs in the year 2021.

The value of bitcoin and Tesla have been switching positions since late last year, and it is not surprising it will continue this year. There are more institutional investors interested in Bitcoin, and more individuals are also investing in Tesla Stock. The meaning of this is that both of them will keep growing in value if more investors choose them.

The summary: Bitcoin and Tesla are two top investment options right now, they are both doing well and they need to be looked at critically to see what the present looks like and what the future holds for them. If you want to buy bitcoin in India, pay attention to the details that will be discussed in this article.

Why do you think there is a need to compare Bitcoin and Tesla?

The primary reason they have been comparison is that both are doing well in the market. Investment in both bitcoin and Tesla stocks have more probability of yielding better than other investments. The value of bitcoin keeps rising, and the value of Tesla is not slacking.

It is less than a month into 2021 and the CEO of Tesla has been ranked as the world’s richest man twice. It has also been a positive year for bitcoin because the cryptocurrency has moved up by two places in the top ten most valuable assets.

The summary: Tesla CEO, Elon Musk keeps making more bucks, investors in Tesla keep smiling and Bitcoin investors and traders are also smiling to their wallet with the rise in BTC too. These two are moving in positive directions and it is more reason why there is a need to compare them.

Weird facts about Tesla and Bitcoin

If bitcoin can experience a positive stride/ move, there might be something different. This means bitcoin can go past Tesla, and then its eyes will be on beating the Mark-owned Tech giant Facebook. The current valuation of Facebook is $769.4B, and bitcoin is above $717B.

For bitcoin to go past Tesla, it must above $40,172. As of the time of writing this article, bitcoin is trading at above $37k, which means BTC needs up to 4k gains to meet up with Tesla. Knowing how to buy bitcoin in India will be a good move towards investing and making more gains in Bitcoin

The summary: For bitcoin to go past Tesla, there are milestones it has to pass and hurdles it has to go past. Going past these hurdles is tough but will be good news for bitcoin holders. One of the ways to make this happen is by having more bitcoin investors.

Retail investors play a significant role in both Bitcoin and Tesla.

Some people are HODlers and are ready to hold on to bitcoin and Tesla for life. These are a set of people who believe strongly in these two unique platforms’ plans and trends.

They believe that a subsequent rise will follow every dip in BTC and Tesla, and long term holding will make them gain more. Most of the people that fall under this category are the millennials. Schwab statistics have shown that both Tesla and Bitcoin are in the top 5 equity list of most millennials.

Where is the perfect place to put a $10k investment right now?

If you are willing to buy bitcoin in India or invest any amount of dollars, stocks might not be the best option right now. Other serious options will yield so well for you. Tesla and bitcoin are two potential opportunities that you should never let pass you by without exploring them.

Bitcoin has experienced a massive value increase that has also had a ripple effect on other cryptocurrencies. It makes them one of the top financing options for people around the world.

Both bitcoin and Tesla are doing well now, and there are more speculations that things will get better for both. However, it is essential to add that assumptions are not the real value determinant. They both have their unique risk. Bitcoin is a volatile digital asset, and anything can happen anytime.

On the contrary, Tesla has competitors already in the automobile industry. Brands like Honda, Ford, and lots more are beginning to roll out their electric vehicles too. While Bitcoin is fighting volatility, government regulation, and the mainstream media, Tesla will also need to start fighting competitors.

Bitcoin and Teska won’t stop being volatile assets and the market forces will keep influencing the market. They are both at their best now and they both have positive and negative potentials. They are both technological and entrepreneurial solutions to some of the world’s biggest issues. Struggling To Profit in This Market? Try These Creative Options 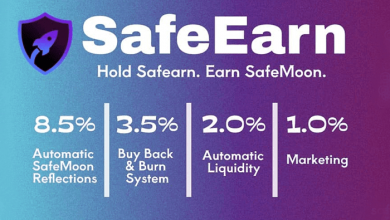