When it comes to talk about gambling tricks, is impossible to overlook one image which has been already so widespread by pop culture thanks to cinema: the scene always shows a guy tricking other players with a couple of loaded trick dice until he is caught. Up to that moment the dice were maliciously giving him more favorable outcomes than those dictated by pure random chance.

With the arrival of online casinos and, consequently, of Internet gambling games, this conscious (and malicious) manipulation has become more sophisticated and probably also more widespread. For every gambling game there must be a random process created by means of an algorithm.

Players of course do not have access to its code. Any algorithm could contain a “counterweight” responsible for unfairly favoring the house to the detriment of players. How could an isolated player know if he has been losing as a consequence of the rules of random chance or if the algorithm was created to be purposely unfair to him in the first place?

BCG is a predictive market platform also venturing into the creation of online gambling games. But BCG is only interested in the creation of online games whose random mechanisms are totally fair, transparent and reliable. In order to achieve it, BCG uses blockchain technology concepts, omitting the use of a centralized algorithm. In the absence of this centralized algorithm there is no room for manipulation. Besides, no such loaded trick dices. These online games are fairer for players than a conventional casino and will allow them to have bigger earnings.

To this day BCG has created two games using the concepts of blockchain technology.

Imagine that the value of your dice depends not on an algorithm, but on on the new value of the Ethereum nonce. If you are not familiar with the Ethereum nonce, all you should know is that a nonce is just a sequential number tied to every transaction that represents the number of transactions the sender account has made on the network. Every time an account makes a transaction, its nonce is increased by 1. This prevents the same transaction from being submitted over and over again. Since transactions are continually being process from different accounts, it is impossible for anyone to predict what will be the value of the next nonce. 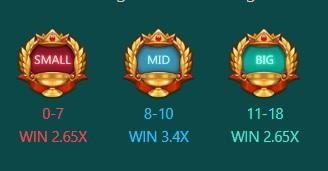 All players can choose between three types of bets which represent different range of values the current Ethereum nonce can take on. This result is calculated by adding the first two digits of the Ethereum nonce from right to left. Take the Ethereum block with height 5146591 as an example. Its nonce value is 0x88c0f3f4c00040d7e8. From right to left, the first digit is 8. After skipping the letter e, the second digit is 7. Add these two digits 7+8=15 and the result for this block (height 5146591) will be 15. All players who bet big will win in this case. What is most important is how the players chances to win in this game increase as compared with other online gambling game.

Crash is also a blockchain gambling game. It’s a real time, simple, and exciting game where the player can securely play for fun or to win a fortune. Each round of the game, the player has the opportunity to place a bet before the round starts. Once the round begins, a lucky multiplier starts at 1x and begins climbing higher and higher.

At any moment, players can click “Cashout” to lock in the current multiplier which awards them with their multiplied bet. The longer they stay in the game before cashing out, the higher the multiplier gets. But beware! Every tick of the game has a chance of busting. If a player do not cash out before the bust the money is gone and the best is lost. Every round is a fight between risk and reward. At any moment the player decides between cashing out at 1.1x for a conservative win or to stay in the game to hunt the high 50x multipliers. 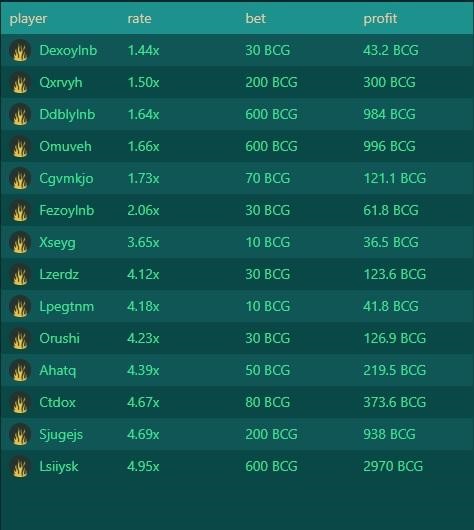 It is important to notice how these BCG make the gambling experience and profit distribution fairer.  Either on Nonce Dice or Crash, the house edge is only 1%. This means in the long term, 99% of the betting amount will be returned to the players. By contrast, the house edge of traditional offline casinos or cash casinos is over 15%. Isn’t that fair enough?