Tom Lee, the managing partner of research boutique Fundstrat put forth his opinion that Bitcoin will raise up to $10,00,00, via Twitter.

Lee has been restating his positive anticipation of BTC for quite some time now. He believes BTC is prone to the correction of 40% – 50 %, and it’s part of its DNA & history.

Lee has always been a proponent of Bitcoin. He has manifested the BTC bull run several times in the past.

In a recent interview with CNBC Lee said Bitcoin could be at triple value in 2021.

Now that many tech giants and Fortune 500 companies have turned an eye towards the  cryptocurrency market, which wasn’t the case years ago. BTC might have a strong foot forward.

However,  Lee wouldn’t be the only man to predict BTC would cross $10000, Peter Schiff the chief strategist of the Euro pacific, who is popular for his anti bitcoin stance had also said that BTC would rise up to $100000 in a tweet.

Bitcoin previously crossed the $50000 mark and the market capitalization of $1 Billion. The prices kept rallying up to $58000 till the beginning of this week, however, the month-long Bullrun crashed bringing the prices down to $46000.

Currently, Bitcoin sees signs of recovery as the price has risen to 50,044.86 with a market capitalization of 933.33 Billion. The market trend could be analyzed in the coming days as we witness the volatility of the prices. 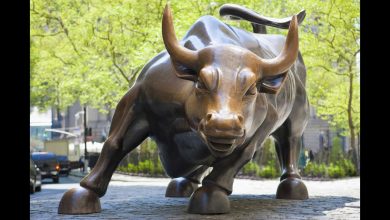 No Crypto Bull Run in 2022! Traders Have To Wait For 2 More Years! Here’s Why