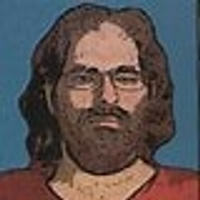 david schwartz CTO at ripple David Schwartz, known as JoelKatz, is an esteemed voice in the digital currency ecosystem, serving as the Chief Technology Officer at Ripple, which provides global financial institutions, businesses, governments, and developers the ability to manage, move, and tokenize value through blockchain technology. David is an expert in cryptography, software development, and computer security, especially for startups as well as rapidly growing and tiny companies, and is a native of San Francisco, California.    David is among the original architects, including Arthur Britto and Jed McCaleb, who was inspired by Bitcoin to create the XRP Ledger, a decentralized open blockchain founded in 2013. Before joining Ripple, he was Chief Technical Officer at WebMaster Incorporated, a Santa Clara software developer. In addition, David has developed enterprise messaging systems and encrypted cloud storage for companies such as CNN and the National Security Agency.  Developer/ProgrammerCrypto and Blockchain Expert

, the chief technology officer of ripple

, who claimed that SBF has always been taking a significant directional risk.

“I keep hearing people describe SBF as a “great trader”. Is that really true? Everyone in the space made money during the massive bull run, at the same time Sam did. And when things went bad, his trades massively blew up. Maybe he was just taking the massive directional risk all along.”

He said that SBF was a poor trader and compared the situation to that of Celsius. As per David, celsius network

did the same thing: they set up the situation so that they receive the majority of the profits, and if the small risks of massive losses materialize, they shift those losses to people who were unaware of the risks they were taking.

Additionally, he singled out SBF and took a dig at the claims that he forgot how much leverage he had and how much risk he was taking. If such is the case, he is a terrible trader since knowing how much and what kind of risk you are taking is the most crucial trading ability, according to him.

“FWIW, I think it’s more likely that he wasn’t taking large directional bets all along. I think I was able to capitalize on inefficiencies in the markets to make outsized profits at first. But when those dried up, he kept the profits coming by increasing leverage and risk.”

After a quick fall and collapse, FTX filed for Chapter 11 bankruptcy protection on November 11, 2022. Sam Bankman-Fried, the company’s founder and CEO, saw his $16 billion net worth drop to almost nothing as the company’s valuation plummeted from $32 billion to bankruptcy in a couple of days.