This week’s financial crisis has had far-reaching effects on the crypto market. Values of Bitcoin and other cryptocurrencies, including Cardano, Solana, XRP, and Dogecoin, have declined significantly since the start of the year, possibly by as much as 10%.

Recent reports that Coinbase’s CEO Brian Armstrong has sold off shares for $1.6 million (or more) have spooked investors even more, just as the market was starting to regain footing.

Coinbase is A “Sinking Ship”

By referring to coinbase

as a “sinking ship,” author Nassim Taleb of “The Black Swan” has recommended investors exit their holdings immediately.

In light of accusations that CEO brian armstrong 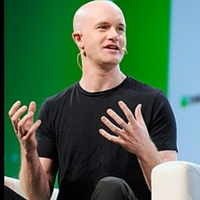 sold shares of Coinbase for more than $1.6 million, renowned Lebanese-American statistician and author of “The Black Swan,” Nassim Nicholas Taleb, has recommended investors and users abandon the company.

The news that Armstrong allegedly sold 29,732 Class A Coinbase shares for $1,625,102 on November 11 has caused more worldwide shockwaves following the series of terrible mishaps on Satoshi Street. The details were disclosed in a filing submitted by Coinbase with the US Securities and Exchange Commission (SEC). Apparently, Armstrong has also converted Class B shares to Class A shares.

Taleb regards this as a sign of looming danger surrounding the company, and he advises the general public not to invest in Coinbase till there is more clarity. The author claims that no CEO ever sells their shares, since it is unethical to do so in the eyes of the investors, unless and until the situation is critical.

His comments have instigated even more fear and panic among the market participants.

Taleb continued by saying that investors should take CEO stock sales very seriously because they may indicate that the company is having problems. The fact that it is such a small percentage, as Taleb pointed out, is the most concerning aspect of the situation. The timing of Taleb’s comments is appropriate, as the crypto industry is facing a contagion due to the FTX collapse.

This leads to the question: What’s next on the crypto horizon? The once-safe zone is now a threat to financial stability.

Let’s examine how the community has reacted to this.

The Crypto Community Speaks Out

In response to Taleb’s claims, ethereum

took it upon himself to come forward and debunk these claims.

The Canadian-born Russian programmer added that it is wise to diversify one’s holdings, which doesn’t necessarily indicate trouble.

According to him, there’s no harm in “mixing things up”, and doing so can help one remain confident in their investments.

Interestingly, a week after Coinbase went public on Nasdaq, it was reported that Armstrong sold $291M in Coinbase shares on the launch day. SEC filings show Armstrong sold 749,999 shares in three batches.

Incidentally, it was also revealed last month that Armstrong would be selling around 2% of his Coinbase shares to raise money for scientific research.

In addition to all of this, Shopify’s CEO, Lutke Tobias, has been on a Coinbase purchasing binge since he joined the board of directors in January. During the time frame of this article, Coinbase (COIN) has fallen 4.33% versus the dollar, trading at 46.76. Since last year, the global financial crisis has caused COIN to drop by 86.52%.

The collapse of FTX and Alameda, once worth more than $30 billion, is catastrophic from an investor’s perspective, but the broader effect is a lack of trust in crypto. In the long run, these incidents may make investors hesitant to invest.

All in all, it’s important to understand that crypto has yielded impressive profits for people and has also caused significant losses. Investors should not invest in uncontrolled markets without understanding the hazards. In high-risk situations like crypto, investors can lose everything, as is apparent by the FTX crisis. 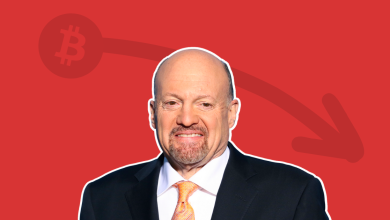