Over time, the progress in the monetary system has had a radical impact on the development of human society. The Barter system involved the exchange of Good / service for other goods or services without using a medium of exchange

The monetary system on a global scale has evolved in terms of transparency, diversity, security, speed, accuracy, and efficiency. After the traditional banking system, we have “Blockchain technology” that fits well for the Digital money era.

The Evolution of the Trust Factor

More we know, Gold was the earlier currency system introduced to trade, which then continued to simplify with a silver coin and ended up with metal coins. With Legislative developments, the government bodies introduced paper currency that is currently in action.

The birth of the internet in 1990 made the concept of digital money a reality. In order to make the currency more accessible Digitization was necessary and that happens to be the New-Age Current system overcoming some drawbacks in a Paper currency like Storage, transferability, exchange, and security.

But When we say Digital, the major concern is Security. And to overcome this drawback of Digital Currency Blockchain is the answer. Untampered and Peer-to-Peer currency network.

The Next Generation will have access to their Funds in more simplified Blockchain applications for a safe and fearless banking Experience. 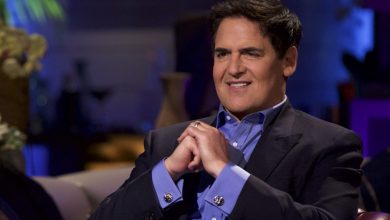 The Shark Tank Star , Mark Cuban Includes These Altcoins In His Portfolio !