According to macroeconomic expert raoul pal 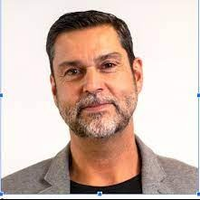 Followers : 0 View profile , the second-largest cryptocurrency by market value, Ethereum (ETH), could experience a series of supply shocks that might cause it to exceed Bitcoin (BTC).

In a recent video update, Real Vision CEO, Pal stated that the transition of to a proof-of-stake system, scheduled to take place in September, would probably eliminate a significant amount of sell pressure when major players withdraw their coins from the market and stake them for payout.

He also mentioned that there wouldn’t be any price drops by miners to cover their operating expenses, unlike with proof-of-work blockchains.

According to Pal, there shall soon be a supply cut of enormous proportions as miners will no longer be present.

Currently, a total of one or two billion dollars a month is not sold. However, after the sell-off, there shall be no constant pressure from miners who have received the Ethereum rewards.

According to most estimates, around 9% of all Ethereum is currently staked, which could potentially increase to around 30%.

He further clarified that in any scenario, though, a lot of money will be invested in staking. As a result, it becomes desirable in itself since if it stacks up to 30% of all ETH, that leaves 30% idle. This 30% cannot be utilized for anything, including rehypothecation, shorting, liquidity provision, or CeFi, because it is no longer in the system (centralized finance). This represents a major supply shock.

Additionally, Pal asserts that ETH could turn into a deflationary asset following the merger and likens its forthcoming tokenomics to a stock buyout that simultaneously raises demand and lowers supply.

According to the former executive, the charts confirm his suspicion that Ethereum will soon surpass Bitcoin in value. He claims that ETH/BTC is about to break out of a multi-year declining channel, making a considerably more appealing wager for the macro investor.

Because of the above factors, Pal thinks that market activities could get very interesting. It is very likely that because of the recent developments (as well as the ones to come) ETH could soon surpass Bitcoin in value and become the most valuable asset.

The Next Bitcoin (BTC) Bull Run Will Be Much Different From Historical Rallies – Mike Novogratz!