Crypto Analyst and Youtuber, Ben Armstrong on his channel BitBoy Crypto released a video of his interview with the famous NFT expert Kenn Bosak.

Ben and Bosak discuss the rising NFT craze and popularity, what’s currently happening, and what the future holds for this hottest niche right now.

They discuss the recent event of Tacobell creating and selling NFT’s, which was great but there was scarcity, and tentatively even McDonald’s and Wendy’s will join the bandwagon too, and these are steps towards the expansion of the NFT market. Although it is a small bubble now, there will be great adoption in the future.

“It’s a microbubble. We will have that macro one in the future- this is just thievery first micro wave of adoption we’re seeing…”

He further says this digital asset ownership is completely groundbreaking and new, and it is replacing things in the industry, how it builds itself further is not surely foreseeable.

“This digital asset ownership era that we are in is game-breaking. And that’s the real problem. like, we are disrupting and with disruption comes demolition and construction, you know we are not making things better, we are completely replacing things in industries.”

NFT’s in Music and Gaming

He expresses his fascination, of how it is possible to not just download music on Itunes but to own it and have the power to sell it where everyone wants, the exclusive ownership of an asset is what makes it intriguing he says.

“I’m looking at buying music and not just buying a song on iTunes, I mean I want to own it…I want redistribution, I want licensing – this NFT in my wallet to that music that I own, I want to be able to walk into a production company studio and say, ‘hey, you know that fight scene…I think this song would fit that fight scene and they put my music, that’s where I’m at now.”

Moving on, he says NFT’s will take gaming to another level, things like blockchain gaming projects that enable users to earn cryptocurrency by getting headshots on Call of Duty is a huge change and in the days to come there will be Esports 2.0 in Chain, Enjin or WAX. 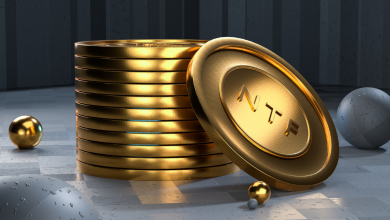