XRP, the third-largest crypto asset, is currently struggling to hit $30. Besides having the major market cap, XRP is mainly used across payment networks to bridge liquidity issues. That said, Ripple’s Senior Director Emi Yoshikawa shared her views on how she sees XRP in the chaos of Stablecoins and CBDCs.

While speaking about expanding Ripple’s reach in middle-Asia, Japan, she highlights that the native token of Ripple, XRP is mainly focusing on a global payment system. She strongly argued that XRP is not in any competition with the stablecoins and CBDC’s like China’s digital Yuan. Moreover, she also asserted that stablecoins, CBDC, and crypto-assets like XRP together can bridge the liquidity issue.

“There are various types of crypto assets, but I think that the role of XRP as a bridge asset in the international settlement is not a competition with Stablecoin or CDBC, but on that contrary, complementary,” said Emi.

The director also emphasized the Ripple’s On-Demand Liquidity(ODL) which uses XRP for international transfers without the need for a Nostro account. She further goes on to say the current focus of Ripple would be to launch ODL in new markets by breaking the barriers and involving local regulators.

Also through Ripple’s xSpring, an initiative to assist and aid companies and projects run by proven entrepreneurs, the company is focusing on the creation of new use cases using XRP and Interledger technologies.

On the other hand, SVP of product and corporate development at Ripple, Asheesh Birla states that 20% of RippleNet transactions occur using XRP. Tweeting about the rise in demand of ODL, Mr.Birla said; 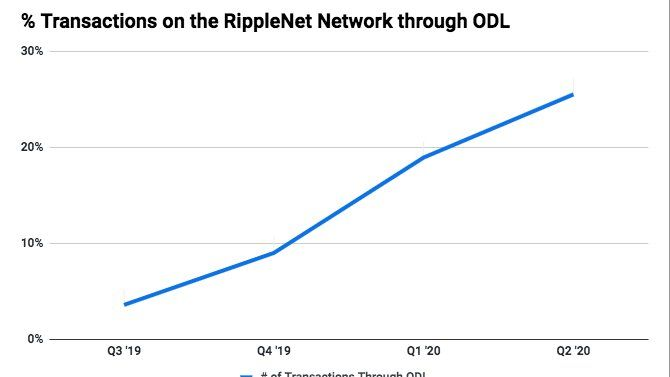 Despite the bleeding value, Ripple is betting high on XRP’s future. What’s your take on Emi’s view on XRP isn’t Competing with Stablecoins or CBDC? Let’s discuss via Twitter – Tag us @CoinpediaNews

The State Of Investors After The Recent Terra (LUNA)! Here’s How They Are Dealing

273 Million LUNA Tokens Burnt in the Last 24 Hours Raising the Price By More than 75%, But How Long?