Waves is basically a crypto and blockchain platform operating over a multi-currency wallet. It mainly works in storing, trading, and investing in authenticate crypto assets and its underlying tokens. The platform also features as a decentralizing exchange (DEX).

Recently, it signs a partnership deal with Tradisys for announcing this Christmas game. Moreover, this particular stream demonstrates the core utility of Waves smart contracts in the sector of gaming. One such official tweet reads:

We're launching #blockchain-based #Waves #Christmas game! It's an excellent showcase of how Waves #smartcontracts and Waves Keeper can be used in the gaming industry: https://t.co/AOeDDQytWw

And this is just a teaser of what’s coming!$WAVES

The platform also made an official announcement via medium saying that this game is a random reward generator. Additionally, users can select their presents from under a tree. Moreover, every single reward will either be a toy submitting charity/donation to the Children’s Hospice or a WAVES coins.

Before starting with the details, users must hold a Waves account, a minimum requirement with 1.031 Waves coins. Also, a user needs to install Waves Keeper on their browser.

Do you know how to play this game?

Here’s a guide for gameplay:

Moreover, this new releasing game is the initial game after Waves announces worth $2 million funds approx. 1,000,000 Waves. This fund aims to develop games on its platform network. This new game is accessible from December 25 to January 8.

Considering the stats, currently, Waves is trading at $3.39, sending an altcoin a $339.4 million as per market cap. This figure makes it the 19th largest coin comparison to the AltDex 100 Index. This is basically a benchmark index to consider the large-cap cryptos and tokens.

What do you think about Waves exploring the gaming sector? Stay updated with Coinpedia latest news, enjoy reading! 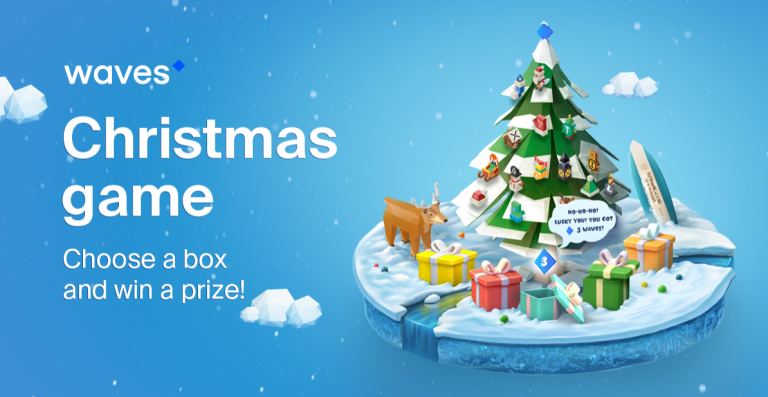