Mr. Davidson intends to establish new legislation at the Blockchain Solutions conference. The bill is said to build an “asset class” for digital assets. Moreover, this will prevent them to move under securities class. However, this will also allow the federal government to control initial coin offerings in a more effective manner.

This development is ongoing to bring clarity to the U.S. cryptocurrency regulation. At the present scenario, state regulatory authorities classify tokens distinctly in ways to consider them under its jurisdiction. Additionally, the SEC agency considers that most cryptocurrencies are securities. On the other hand, the CFTC view cryptocurrencies as commodities.

In general terms, the CFTC says that Bitcoin has a majority in common with gold than with other currencies or securities. As there is no governmental body backing BTC, moreover, it does not hold any liabilities. Whereas, the FinCEN basically an agency looking after AML/KYC standards treats crypto as money.

The U.S. OFAC, in charge of enforcing economic sanctions, believes cryptocurrency as money, blacklisting wallets of sanctioned persons. Finally comes, the IRS who assumes cryptocurrencies as property. Basically, the profits accomplish from selling them are directly subject to capital gains tax. 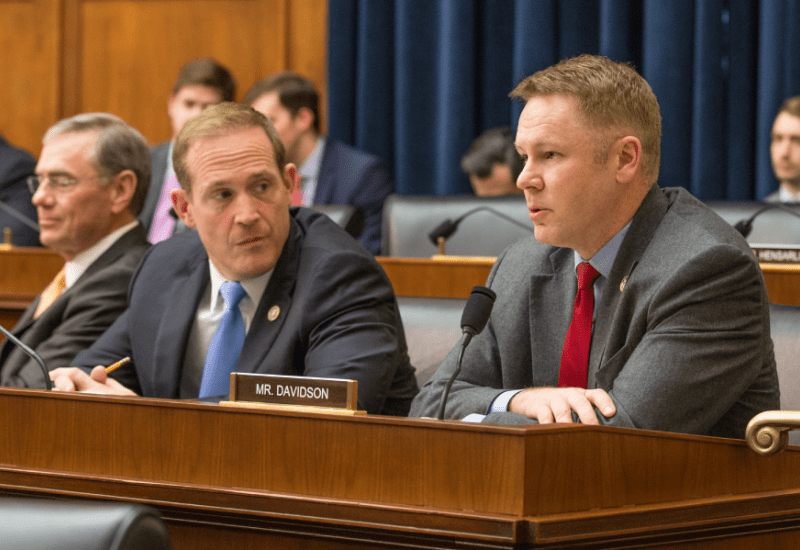 Back in September, a group of U.S. representatives sent a letter to Jay Clayton, SEC Chairman. The letter calls for clear guidelines between digital tokens which need to consider as securities. During the same month, a Congressional roundtable discussion was held by Davidson regarding cryptocurrency and ICO regulation.

Around 45 representatives from a huge crypto firm and Wall Street Company were present at the meeting. During a meeting, the expert places their concerns with regards to lack of regulatory clarity in the market. They also made a discussion on “token taxonomy.”

Mr. Davidson gave a suggestion that all the ICO market need is a light touch regulation. Moreover, back in November, a spokesman belonging to the U.S. representative mentions that Davidson is currently working on a bill. That is one law to treat ICOs as products instead as securities at both the levels- federal and state. This will efficiently sidestep the security laws.

What do you think about the news plans that Warren Davidson is laying out? You can submit your latest Press release to boost your visitor count!