Vitalik Buterin thinks that Bitcoin can be used more wisely in different applications. It has many other applications other than finance. He believes that people don’t want to just get away with USD but explore many options of utilizing their money.

Vitalik Buterin, founder of Ethereum, with a series of tweets, expressed his displeasure towards Bitcoin being used to express anger towards the government and current financial system.

Like In a recent conference call session with Kraken CEO, Jesse Powell talked about the chances of bitcoin taking down Dollars , if people had understood it.

The big players are advising the masses to go for Bitcoin and knockback at the ‘Dollars’ to show their protest. Hence Vitalik advised to come out of this mindset and think where else the technology can be utilized.

Vitalik said that the ongoing crisis is not ‘Financial Crisis’ but ‘Virus Crisis’. The situation is now used to mislead people by some competing groups followed by huge volumes.

He believes that this crisis is rather an over the implication of the policies in many places.

In one of his tweets where Binance CEO CZ wrote ‘Bitcoin is a peaceful protest’, Vitalik commenting on his tweet said that the mindset of the community should change.

Till now most of the crypto followers and the common people had a perception that cryptos are mainly applied on Finance itself. But Vitalik came out with still wider approaches and said Cryptos like Bitcoin or Ethereum can have many more use cases than only finances.

Vitalik believes that Ethereum is less financially backed than that of Bitcoin. And the blockchain applications are more certain and legitimate in handling coins or tokens or money in some form.

Bitcoin Not Reason for the Current Situation

He challenged the story of Bitcoin being the reason for the current situation of inflation not at least for the fear of upcoming deflation. He said,

“Yes, the money printer did go brrrrr. But that’s a relatively small portion of what is going on, and even there inflation is still going *down* not up.”

Mr.Buterin added another narrative, all cryptocurrencies end up being uncorrelated to the traditional economic trends and displayed a chart of the downturn in the S&P 500 in march and of the other digital currencies and Bitcoin dropped by 50% during the same time.

Vitalik Buterin said that Bitcoin was born in response to the 2008 crisis that had created  irregularities among banks or financial institutions. Hence the people now should get away with the mindset that looks at Bitcoin against the government. He believes that this decade was less financial oriented and if the crypto space understands this reality and applies the cryptos in different applications, they would have a good future. 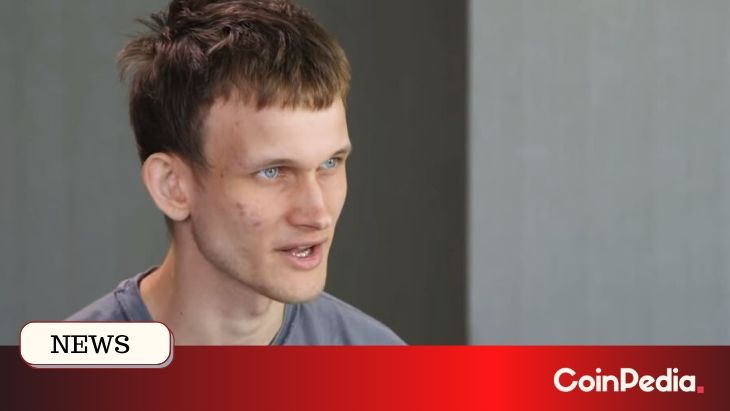 Article Name
Bitcoin isn't against government, It can be of more use - Vitalik Buterin
Description
Vitalik Buterin thinks that Bitcoin is more than only a ‘Protest Tool’ against the government. It has many other applications other than finance.
Author
Delma
Publisher Name
https://coinpedia.org/
Publisher Logo