In recent days, the cryptocurrency exchange, Vauld had nastily halted all its operations like withdrawals, trading and deposits. This move has made its investors anxious who are keenly waiting for their funds to be returned.

On 4th of July, the firm made a statement that it was making a restructuring plan with the assistance of its legal advisors. However, now with the background of how the firm collapsed it looks like its investors will have a tough time.

Darshan Bhatija, Vauld Co-founder, in recent days claimed that due to the ongoing bearish market and the overall market sentiments, his company’s expectations have been hampered. He further said that there was no transparency on who was connected with Celsius, babel 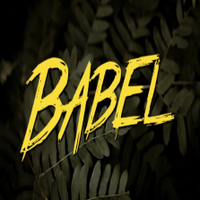 Followers : 0 View profile . These events have had a worse effect on Vauld as many of his counterparties flipped their stance.

On the other hand, depositors on the Vauld are looking out for immediate action in terms of getting their money. Hence, if the firm gets successful in returning its customer’s money, then there is a high chance that it will regain its trust.

The same was confirmed by one of the crypto fanatics that if the firm manages to return its customers’ money, then that will be a remarkable accomplishment.

Will Nexo Deal With Vauld Be Confirmed?

Amidst such an uncertain environment, there is a discussion on how will Vauld return its user’s funds if the Nexo deal is confirmed. A crypto trader named Saleem Leela is of the opinion that Vauld users will have to be ready to accept a lesser amount. Also as a substitute, the users might receive the funds through other means such as equity swap or token swap, the same way as Voyager is ground working.

The trader also noted that though the Nexo deal is still in talks, the possibility of Nexo aiding funds directly on papers looks less.