Twitter intended to fasten the trial so that it could take place in September over four days, as it sued elon musk

to compel him to complete his $44 billion acquisition. However, the CEO of tesla 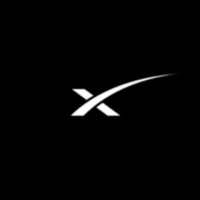 insisted on delaying the 10-day testing until February, claiming that doing so would be unfair.

According to today’s decision by Judge Kathaleen McCormick, the Twitter v. Musk trial will move up from February to October. The court, however, believes that the trial should last five days, which is a little longer than what Twitter had suggested.

Twitter stated in a filing yesterday that the lawsuit has to be heard as soon as possible since the firm suffers every day that its dispute with Musk goes on. The business added that Musk’s suggested timeline, which set the trial for February, was  “calculated to complicate and obfuscate.”

“Millions of Twitter shares trade daily under a cloud of Musk-created doubt,” Twitter wrote. “No public company of this size has ever had to bear these uncertainties.”

In order to investigate Twitter’s estimations that less than 5% of monetizable daily active users (mDAUs) are bots, Musk’s attorneys stated at the hearing that they need more time. Twitter offered a “firehose” of data that they claim they need to study further.

According to reports, Musk’s team has conducted millions of searches on this information to better comprehend the platform’s computations, which have routinely been included in SEC filings since the business went public in 2013.

Although Musk’s team continues to insist that Twitter is lying about the number of bots using the service, Twitter thinks the macroeconomic downturn is the underlying problem.