After the US GDP was released on July 28th, it was learnt that the GDP had fallen around -0.9%. Yet, the US officials had claimed that there is no recession. 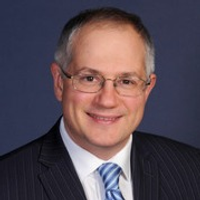 Followers : 0 View profile has disclosed a few recession proof assets where he is of the opinion that this will help investors tackle the recession period. Peter Berezin is not a big fan of Bitcoin or crypto on the whole and feels they are of no use.

Berezin claims that consumer staples and healthcare are one that investors should consider for investment in order to safeguard themselves during this economic crisis. This is because Berezin is of the opinion that consumer products will do relatively well when compared to things that are optional.

However, even Berezin believes that the US has not yet entered the recession period, because he asserts that the US is in recession only when National Bureau Of Economic Research confirms.

Berezin’s perspective seems more in line with the White House, and he thinks that the labour industry’s stability and the unemployment rate indicate that the US is not in a recession.

While the crypto market’s performance is considered if there is a recession, no one really knows the consequence. This is because bitcoin org

Followers : 0 View profile was introduced in 2009, after the great financial crisis and global recession in 2008. Hence, Bitcoin has not yet witnessed any full-fledged recession period.

The National Bureau of Economic Research (NBER), that is in charge of formally deciding if a recession has taken place. In the year 2021 the firm confirmed that the recession began in February 2020 and lasted till April 2020. The GDP fell by a startling 31.4% during the second half, indicating a recession.

During this time, Bitcoin did see a drop but as the recession period didn’t last for long, the crypto market didn’t feel the heat. Hence, the Bitcoin’s reaction towards a recession is not really known