In the wake of the official ban by Russian Court, a messaging App Telegram began to resist. Telegram founder and CEO, Palov Durov calls for fresh protest over Russian ban by throwing Paper Airplane

Neither about the terrorism nor malicious activity, Telegram was banned due to the heaviest raising funds, i.e $2billion from its ICO in two private funding rounds.

In support of Telegram, on April 22, Mr.Durov threw paper airplanes from his window and calls supporters from across Russia to stage the new protest in concern with Telegram messaging App and against the government’s effort to block it.

The Paper Airplane represent Telegram’s logo. As the act of protest, some activists were flying these Paper Airplanes at the Country’s notorious security agency’s headquarters. While doing so, few protesters have also been arrested.

Last week, on Telegram’s refusal on handing over the encryption keys to the Federal Security Services (FSB), regulator Roskomnadzor began enforcing a court ban on messaging App. In response to Court’s order, Founder Pavel Durov insisted that proxies and VPNs were the part of prohibition. Citing privacy, telegram denies to share the key and private data – In addition, despite the ban, Telegram promised to keep an app running.

“For 7 days Russia has been trying to ban Telegram on its territory – with no luck so far,” the still defiant founder of the encrypted messaging service posted to his personal channel. “I’m thrilled we were able to survive under the most aggressive attempt of internet censorship in Russian history with almost 18 million IP addresses blocked.”

The telegram has been the hub for millions of users worldwide – Especially, when it comes to cryptocurrency, it has become a core point to promote crypto projects.

So what do you think of Paper Airplane Protest and Mr. Durov’s force on urging Russians to fly them 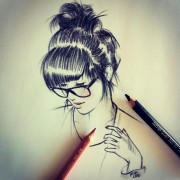 This Crypto Evangelist Predicts Bitcoin at $30K by End of 2020

Tron Founder Is Sorry For Fcoin, Promises 1k BTT For Every Fcoin Customer Against Poloniex Signup