Swift CEO Leibbrandt And R3 Garlinghouse Will Now Work Together

Leibbrandt was discussing besides Ripple CEO, Brad Garlinghouse at the Paris Fintech Forum regarding the new integration of R3 within its new payment platform GPI.

Swift is a financial messaging platform working for major banks reveals its tie-up with R3 blockchain startup. Moreover, Gottfried Leibbrandt the CEO at Swift, recently confirms that its institution will integrate R3 platform working for GPI aka Global Payments Innovation. This is their new payments standard framework.

#pff19: ⁦@swiftcommunity⁩ CEO Gottfried Leibbrandt vs ⁦@Ripple⁩ CEO ⁦@bgarlinghouse⁩ talking about the future of #payment #infrastructure: “Ripple made us better!” “Swift is the AOL of the PI-world & #Blockchain will make it more democratic & customer-friendly!” pic.twitter.com/2JwlOr9xBC

According to Garlinghouse, Ripple is wide open to the ways they can work with Swift. However, the company doesn’t reveal any hint about a partnership with the two in the near-term. During the moderate panel session held at the Paris Fintech Forum, Leibbrandt states:

We are announcing later today a proof-of-concept with the R3 blockchain on a trade where you can initiate a payment on the trading platform and then it goes into GPI.

On the other hand, R3 is currently leading a consortium across major financial institutions, focusing to bridge up the gap between blockchain and banking industry. As per the official site of Swift, their tie-up with R3 might see the institution hooking its GPI technology up to Corda which is its former blockchain platform.

⁦@Ripple⁩ CEO ⁦@bgarlinghouse⁩ sees ⁦”@swiftcommunity⁩ is a messaging provider that is not willing to “really” decentralise. #Cryptocurrencies have their place in the future of financial transactions and regulated crypto transactions also reduce #systemic risks” pic.twitter.com/2IPsE59qVi

Ripple CEO, Brad Garlinghouse believes Swift to be the irrefutable leader in terms of cross-border payments, holding above 11,000 institutions that use its platform. It settles an estimated $200 billion worth across space daily.

However, the platform of Swift might prove costly and slow, which sometimes takes delays for payments to process by. Garlinghouse also mentions the weakness of this particular model to be centralized, which compete for a blockchain model comprising of the decentralization system. He also adds:

Ripple’s Performance Is Relatively Out Of The Crowd

Previously, Ripple has seen making its waves within the payments industry, retrieving customers from Banco Santander, a Spanish bank to its messaging system, xCurrent. Currently, the system is using technology same as blockchain for transferring funds within customers in quite a few seconds.

Considering the core of the debate going on between Ripple and Swift, blockchain plays an essential role. The Ripple system depends on the tech for executing their payments, letting banks to converse in real-time through secure messages.

From the very start, the platform Swift was much hesitant in terms to embrace blockchain tech. Moreover, the company announced GPI back in 2017. Their motto was to speed up the payment process, raise transparency and reduce the costs; however, it was mainly dependent on ongoing infrastructure and cloud technology. According to Leibbrandt:

I think that the big part of Ripple’s value proposition is the cryptocurrency XRP. There we do find the banks are hesitant to convert things into a cryptocurrency right now because of the volatility in the currencies.

The most awaited event “Paris Fintech” has begun where the great Industry leaders shared their thoughts on the stage. They expressed their views addressing most vital aspects relating cryptocurrency, blockchain, Fintech, etc.

The Paris Fintech Forum has been held for two days, resp. Jan 29 – Jan 30. Moreover, the source unveils about CEO at Ripple; Brad Garlinghouse to speak about crucial risks that bank can face within this ongoing market where regulations are uncertain. The tweet posted:

⁦@Ripple⁩ CEO ⁦@bgarlinghouse⁩ on the future of #cryptoassets: “The future in which #cryptocurrencies are used as #payments is at least 5-10 years away. As of today, the biggest risk for the market is #regulatory #uncertainty.” ⁦@TheFCA⁩ ⁦@EU_Commission⁩ pic.twitter.com/EudqHDkhWv

Also, following the second-day panel is said to be a face-off between the CEO at Ripple- Brad Garlinghouse and retiring CEO at Swift- Gottfried Leibbrandt. However, the panelists discussing from both the sides were focusing on the future of the Fintech industry.

To support the growing demand amongst trade ecosystems for secure and reliable settlement, SWIFT has launched a proof of concept (PoC) to trial a new gateway to interlink trade and #ecommerce platforms with #SWIFTgpi 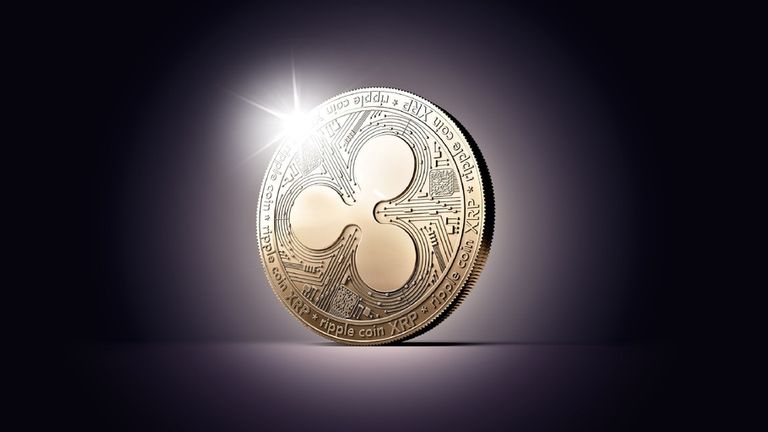