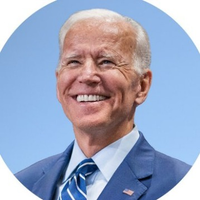 Over the past few years, digital assets such as cryptocurrencies have seen explosive growth, even climbing past the $3 trillion market cap in November 2021. As per estimations, roughly 40 million people have invested, traded, or used cryptocurrencies in general.

With levels of such immense escalation, the US took the chance to step up and lead the global financial system by finding a way to stay on the cusp of the digital currency evolution while protecting consumers, businesses, and the broader financial system. Hence, Order #14067, “Ensuring Responsible Development of Digital Assets,” also known as President Biden’s executive order on crypto, was executed.

In this context, on September 7, James Rickards, former advisor to the Pentagon, the White House, Congress, the CIA, and the Department of Defense joined the author of the personal finance book ‘Rich Dad, Poor Dad’ Robert Kiyosaki on The Rich Dad podcast, to discuss the order, calling it ‘spyware.’

“This would dramatically expand the power and influence of the federal government <…> essentially acting as a new type of “spyware.”

R. Kiyosaki went on to compare this order to a dystopian-sounding future like George Orwell’s 1984 novel:

“Jim this is like George Orwell’s Big Brother is watching, on steroids.”

Rickard’s worries have emerged because of the ‘hidden agenda’ behind the executive order. According to him, the order’s agenda is accelerating the move toward the central bank digital currencies (CBDCs), which Kiyosaki earlier tagged as ‘spyware.’

Rickard’s said, “This is why we’re sounding the alarm a little bit on executive order 14067. Once it’s digital <…> now they’re going to know what you’re buying. Because every product has an SKU – stock keeping unit code. With it, with a QR scan digital scan, they would know what you’re buying uh, and this digital currency is programmable meaning they can block certain purchases or not.”

The main matter of concern is that a central bank digital currency, in addition to making the transactions possibly cheaper and faster, will give rise to a scenario similar to the world in Orwell’s book ‘1984’, where a ‘Big Brother’ would hold the reins of finances and control decisions people made in their lives.

It is hard to debate that a tracking mechanism won’t be built into the central digital currency. On the other hand, it is difficult to predict an Orwellian relation to the entire saga.

In general, oversight and legislation regarding digital currencies don’t necessarily have to be a negative thing. Time will tell how it plays out in the end.

The Executive Order of March 9

As per an official statement issued on March 9 by the White House, the government planned to lay out the first strategy to protect consumers, financial stability, and national security, and address climate hazards.

The statement declared that:

“President Biden will sign an Executive Order outlining the first ever, whole-of-government approach to addressing the risks and harnessing the potential benefits of digital assets and their underlying technology.”

Additionally, the White House announced in the press release: