Yield price strongly heading towards its all-time high at $47.44 with a growth of nearly 50% in the last 24 hours

With a massive increase in the trading volume, OMG Network price also rallied more than 20%.

The crypto space astonishes with new price movements every new day. The major assets like Bitcoin, Ethereum, Polkadot, XRP price, etc, had a massive rally and appears that all have successfully sustained above their respective levels.

With the narrow trend of Bitcoin price and Ethereum price, other Altcoins initiated their rally. Crypto assets like Prosper (PROS), OMG Network (OMG), Yield(YLD), etc jump with a huge margin.

The token got listed on Uniswap Interface and rallied magnificently more than 100% with a massive influx of liquidity. The trading volume spiked nearly 14,316.25% with the listing to touch $3,548,193 within a couple of days.

The price at the time of inception was just $0.3 which rallied to the current levels around $1. The market capitalization also hit a 100% jump to reach above $4 million. However, with just 3,891,300 tokens out in circulation out of 100 million, the PROS price is expected to hit $5 in the coming days.

Yield Price soon after attaining its all-time high in the previous trading hours, plunged slightly but poised to form new highs very soon. YLD price was around $23 during the time of inception which rallied to $47.44 to form the current All-time high. However, a small dip pulled the price nearly 8%-10%.

The YLD price got three major boosts which prevented the price to dip further below $10 levels. This huge influx of liquidity spikes the trading volume which is up by nearly 615.19% to touch $2,520,364 in just 24 hours.

Additionally, the circulating supply is still not known at the time of writing and hence the market capitalization cannot be calculated. The YLD price is $44.36 with a jump of 59.15% in the last 24 hours at the press time.

The OMG token began rallying since its inception to touch more than $12 within a couple of months of inception. It went parabolic by attaining its ATH at $28.35 but woefully crashed down to the lowest levels close to $1 and maintained these levels for nearly 18 to 20 months.

The OMG price is $4.16 with a jump of 20.64% in the last 24 hours. However, the rally needs to be accelerated even more to come close to the ATH as it still requires more than 85% jump to hit the ATH. 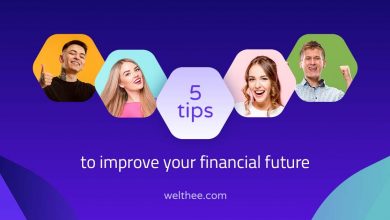