Litecoin is one of the top 10 cryptos being traded. Most specifically, it is currently at a 6th position in the Coinmarketcap list. The crypto has in the last few days definitely stayed above $60. However, the first week of November until November 4, the Litecoin price had a bearish trend.

Currently trading at $62.94, Litecoin price has been in a green region for the past week. That is a great sign, as it can overcome the bear run. At present, it seems some interesting opportunities are heading towards litecoin fans. The current position of Litecoin is

The LTC price had reached the lowest record in October since 6 months. The coin was trading at $49 which was a matter of concern for hodlers. The investors are seeing a ray of hope with the spike in the price chart.

What may have affected the Price?

Litecoin had undergone its halving on 8 August 2019. The mining reward dropped from 25 LTC to 12.5 LTC and the price was assumed to increase. The price did increase but not up to the expectations. The next Litecoin halving is estimated to take place in Aug 2023. The mining reward will further decrease from 12.5 to 6.25 coins. But that is a long way to go, 1363 days to be specific. It will be interesting to see LTC’s growth during this time.

Binance DEX, the company’s decentralized crypto exchange, has added a new asset that’s pegged to Litecoin (LTC). It’s called LTC-BEP2 and is fully backed 1:1 with real LTC, according to Binance. The new addition is part of Binance’s move to allow traders on the exchange a way to gain exposure to the world’s leading digital assets. Coins pegged to BTC and XRP are already live.

The event was highly awaited by the Litecoin Community. One of Litecoin’s most active advocates, John Kim said, “Next milestone, the Litecoin Summit in Vegas October 28 & 29 at Cosmopolitan where the whole LTC community will get together to inspire and share ideas to push for adoption in a major way. The world doesn’t need more information, they need a demonstration. #LitecoinFam exists to demonstrate the power of the most reliable blockchain with zero downtime since 201, Litecoin.” Kim’s statement has some value as LTC prices have surged while the summit was going on.

It is yet to be seen whether the price and hash rate will hold steady over the coming weeks. The signs from the last couple of days look strong, and the community holds a strong position as Litecoin remains in the top-ten coins when ranked by the Coinmarketcap. 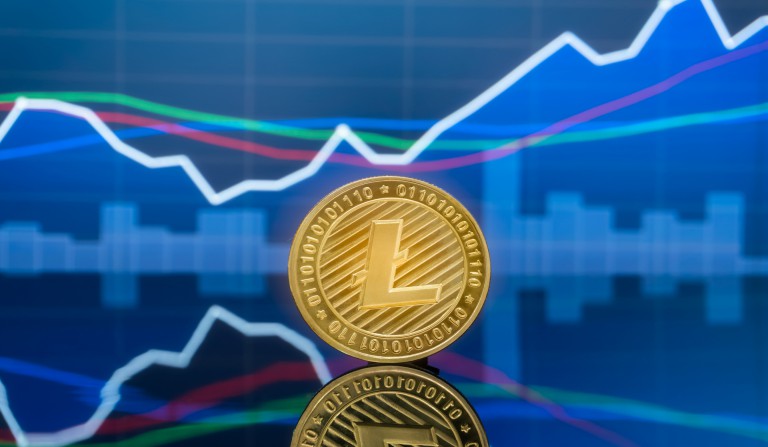