The global cryptocurrency market cap increased slightly over the last 24 hours while Bitcoin also showed some signs of recovery. While Terra (Luna) is now out of even the top 20 cryptos, Dogecoin is back at 10th rank in terms of market capitalization.

Interestingly, altcoins BNB, ETH, and XRP have shown a higher rate of recovery as compared to Bitcoin in the last 24 hours.

However, with the price now at the lowest, it has been this year, institutional sentiment towards the digital asset has changed and this has resulted in significant inflows into the digital asset for the first time in weeks.

It is a complete turnaround from the institutional investor side which has been pulling money out of the digital asset to presumably put towards their altcoin portfolios.

As per the cryptoquant reports, Institutional investors are reportedly contributing largely to selling pressures on the negative price premium.

When we talk about institutional investors, the first name that strikes our mind is Microstrategy. So, is MicroStrategy selling bitcoin? How is the platform dealing with a recent crash?

As a result of the constant crash, Bitcoin’s price has fallen below the $30,000 mark. This has created a panic-like situation in the market which has become a ground bearer for many conspiracy theories regarding the popular crypto.

There were rumors which suggested that after this crash, Microstrategy is likely to get liquidated to get out of its debt, and if any such thing happened investors in Bitcoin could have seen the worst days.

However, Michael Saylor, after looking at the panic in the market has himself tweeted about the matter to clear the air that there is no such possibility.

Recently the company reported a massive loss on its Bitcoin position and added that it will face the first margin call after the first cryptocurrency plunges to $21,000.

Despite this, MicroStrategy’s CFO is not worried about it as MicroStrategy will most likely provide funding for their position, averaging down their position and moving the margin call limit significantly lower. All thanks to the massive liquidity at the company’s disposal.

Moreover, Many influencers in the crypto community speculated that the company may face a liquidation only when Bitcoin reaches critical values like $3,000,

However, Michael Saylor has now confirmed that one such day is not coming as his company is holding as much as 115,109 Bitcoins and that is just enough to maintain collateral for his $205 million debt. He also stated that there is no risk of getting the company liquidated even if the prices hit below the $3,562 mark.

Also, at some point, Bitcoin is going to get itself stable before that. Though, the reports suggest that $21,000 is the margin cut price for Microstrategy and at that point, the company might be forced to sell some of its Bitcoins but definitely not all.

In such times, many financial experts Anthony Pompliano in his recent video discussed holding the ground to save investors from falling for any such theories.

Pomp has called all the rumors of Michael Saylor’s Microstrategy getting liquidated, just-the-internet-thing and fear-mongering. He appealed to his subscribers to not panic about their investments. Anthony also affirms that Bitcoin is a durable asset and the falling phase will definitely pass.

Do Kwon Responds to Reports, Calls the Acquisitions ‘Spreading Falsehood’

Will Do Kwon Burn His LUNC Holdings To Support Terra Classic Burn ? 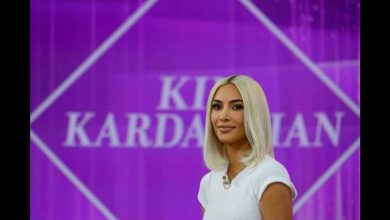