Social media plays a vital role in the cryptocurrency. Blockchain firms use many platforms to communicate with their clients and investors and make announcements. The social media attract colorful characters, John McAfee, the self-appointed crypto overlord.

John McAfee is well known for his eccentric ways globally. But for the crypto industry, McAfee is recognised for his Bitcoin Prediction for 2020. John had predicted BTC price to reach $1 million by the end of 2020. However, he has withdrawn his prediction now.

McAfee has given many contributions to the Crypto Industry.

The brainchild of John McAfee, McAfeeDEX is a decentralized exchange. Launched in Nov 2019, McAfeeDEX has no restrictions.

McAfee released this token also known as WHACKD on McAfeeDEX in honor of the financier Epstein whose death is a mystery in itself.

Recent news is that McAfee plans to develop a new privacy token GHOST to compete with Monero.

“It’s a proof of stake privacy coin to make you a “ghost” when transacting online!” claims McAfee.

John McAfee, who sometimes back posted controversial daily recommendations of altcoins to trade before shifting to ICOs and writing of whitepapers, is also into the polling crypto community.

He conducted a poll of the cryptocurrency community that attracted over 400,000 votes in the last 24 hours and with surprising results.

The poll respondents were those from his Twitter followers. The results showed that half were between 18 and 30  age while only 4 percent was over 40 years.

43 percent of his survey respondents buy once a month or less and 20 trades on a daily basis. Over 40 percent were mostly interested in altcoins and a quarter by Bitcoin/Ethereum and all currencies. Only 5 percent invested in ICOs.

The results about ICO interest are slightly different from those found in a separate poll by a Reddit user by the name Tricky_Troll who surveyed Reddit cryptocurrency community in early December. It found out that 30 percent had invested in an ICO before.

The poll by Troll had over 40 questions posted in different cryptocurrency subreddits. The study was a bit more inclusive given that it covered cryptocurrency users in various subreddit forums.

Troll collected over 300 results and came up with detailed graphs that can help with some strategy.

Also, 94 percent of the polled crypto Reddit users according to a Troll analysis checked price of their cryptocurrencies daily. Over 40 percent checked prices over ten times per day, and 80 percent did it at least three times per day.

95 percent of those surveyed were male with a median age of 26 to 30 years old. Nearly 50 percent came from Europe and a third from North America.

In McAfee’s survey, almost a third had 50% of their total savings in crypto. 35% held less than 10% of their savings. In comparison, Troll found out that about 45 percent invested either less than 10 percent or more than 90 percent of their total savings in cryptocurrencies. The Troll survey found out that 80 percent had made profits from their crypto investments and 60 percent who invested after the end of June 2017 got profits.

The poll by Troll found out that the median user had about $5,000 and $20,000 invested in cryptocurrencies. Just one third had more than 10 percent of their portfolio outside of the top 10 coins. 70 percent of those surveyed considered themselves as holders (HODlers). 45 percent had experience in stock markets, 36 percent entered crypto markets in 2017 and 27 percent in 2013.

Most (55 percent) of the respondents in McAfee poll says that the governments were the most significant threats followed by banks (30 percent).

The number of respondents in both surveys is meager comparing to global figures. For instance, the number of global active users of cryptocurrency wallets was around 2.9 million and 5.8 million as of April 2017 according to the Global Cryptocurrency Benchmarking Study released last year. 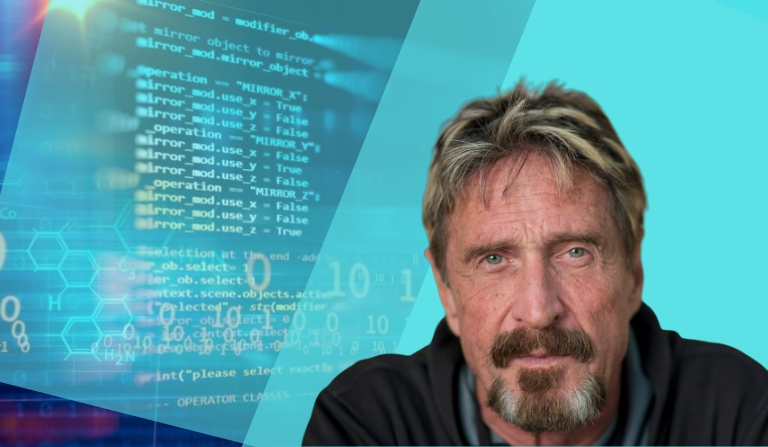