Litecoin is fast returning to its initial level of bull contact after a series of concurrent bear markets sent the LTC/USD pair down a sloppy hill. Initially, the coin raced up the charts while launching an assault at the $50 mark. Unfortunately, the top cryptocurrency has now lost about 80% of the gains accrued over the last 2 days.

Litecoin has descended heavily through a series of serious price loss from the $50.05 mark attained on June 2, 17:30 hours UTC. The bulls accepted defeat at the $50 mark and crashed steeply until prices found support at the $44.5 level.

After a sudden full-blown 100% price retracement, the LTC/USD pair is now trying to gather some bullish signals while rising back to the top. However, market sentiments in the short term remain very bearish. The trend issues a double bearish bar below the 9-day moving average (M9), the last of which found support at the 0.5 Fibonacci retracement level ($46.8).

As of present, Litecoin is trading at $46.8 having lost about 1% within the last hour. Its market capitalization remains steady since the last 24 hours at $3.05 billion and exchange volume is $2.72 billion.

A few indicators paint a bearish sentiment in the short term. The Resistance Strength Indicator (RSI) is crashing heavily below the 50.0 marks having only returned from the overbought condition. If this movement continues, the oversold condition at 30 may act as the next level of major support. At this RSI level, we expect prices to be tethering at the 61.8% Fib level. 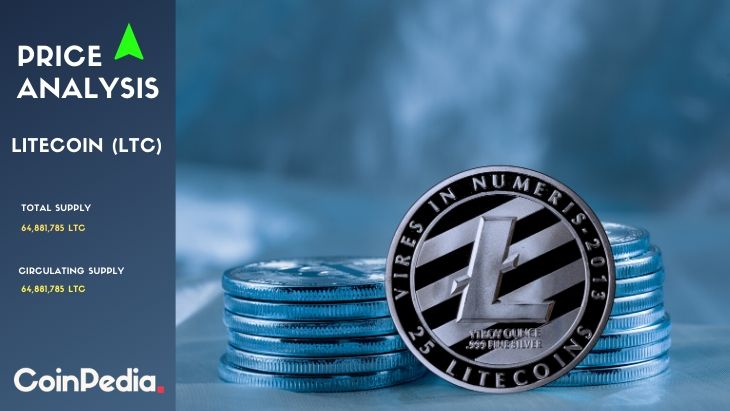