It would appear that Litecoin is undergoing a subtle price plunge that has sent its price towards lower heights at $43.5. However, it’s also visible that the supposed bearish momentum doesn’t pose much threat as prices found strong support at the $43.69 level.

While bears bid for the strength to overcome resistance at the $45 level, this one-week-old bullish divergence pattern could play a major role in the process.

On June 12, the Resistance Strength Index (RSI) formed a bullish divergence as the main chart suggested an inbound downtrend. This divergence appeared at a time the LTC/USD trading pair had fallen below critical levels at $42.

It would be expected of Litecoin to take a bullish turn in respect of the pattern but prices consolidated instead while also slightly getting bullish in the short term.

Although it appears the divergence is still intact, Litecoin is currently trading at $43.69 amid a market capitalization of $2.86 billion. Within the last 24 hours, the price fell by 0.25% while the trading volumes in the same time frame were around $1.77 billion.

In the 4-hour timeframe, prices touched the 30.0 oversold condition RSI level. The bulls are expected to make a U-turn from here amid the bullish divergence signal previously given.

We could see a full-fledged bull run to surge prices towards $45 in the short term. Further resistance above $45 lies at $47.

Litecoin price rebounded from the 40.0 RSI level within the previous day. This shows a repeated price rejection against a bearish downturn. This looks good in the mid-term as prices are expected to take this advantage.

As LTC/USD builds stronger support around $43.5, we see a clear indication of readiness to climb to higher heights in the short term.

Prices recently touched the bottom of the Bollinger indicator and have since reversed. Unable to properly penetrate the area, the bears seem to have shifted turns as buying pressure sets in a little at a time. 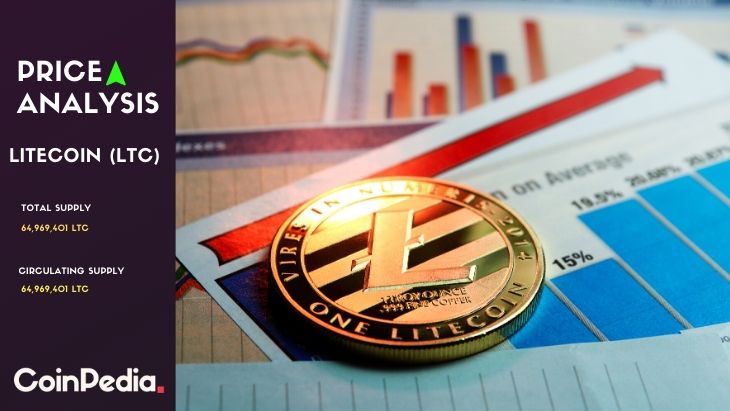 Article Name
Litecoin Price May Surge As A Result Of This Bullish Divergence Pattern
Description
It would appear that Litecoin is undergoing a subtle price plunge that has sent its price towards lower heights at $43.5. However, it's also visible that...
Author
Dare
Publisher Name
https://coinpedia.org/
Publisher Logo