Chainlink, according to our last week analysis, broke out downwards of the then described triangle pattern formation and its prices dipped to as low as $3.6 in the process. Although this predicted bearish movement occurred in correlation to BTC markets. Which led to a massive decline over a period of 48 hours during the weekend.

Into this new week, however, it appears that the markets are reviving and the LINK/USD trading pair is not left out of the bullish picture. In the last 24 hours, LINK accrued a 6% gain amid about $1.39 billion market capitalization. Prices have improved and now trading at $3.99 as around $346.72 million of exchange volume was seen in the same time period.

After successfully retracing to the 61.8% Fibonacci retracement level, LINK seems to have met with stiff resistance above the area at $3.99 level. The sellers are trying to withdraw some liquidity out of the markets. But buying pressures that exist appear to have overwhelmed any bearish ambitions for now.

If the bulls break out of the triangle pattern described in the chart below, they will escort prices up the chart to the next resistance at $4.0. However, additional points of major resistance wait immediately above, where the bulls will have to overcome a confluence of indicators.

Above the $4.0 resistance level, the midline of the Bollinger band indicator intercepts key resistance at the 78.6% Fibonacci retracement level. This key confluence level is expected to impede the present bull run and cause a temporary price dip towards the 61.8% Fib level at $3.95.

Above the confluence, resistances that exist are minor levels that prices have overcome previously. This may propel the LINK/USD pair towards $4.3 in the short term, in the event that a bullish breakout occurs to the upside.

However, the Resistance Strength Index (RSI) lies horizontally close to the 50.0 level. As prices leave the oversold horizon, it appears the indicator is aiming for the buying zone above 50. In the case of a breakout, the next level of stoppage lies at 60.0. And further resistance lies at the overbought arena at 70. 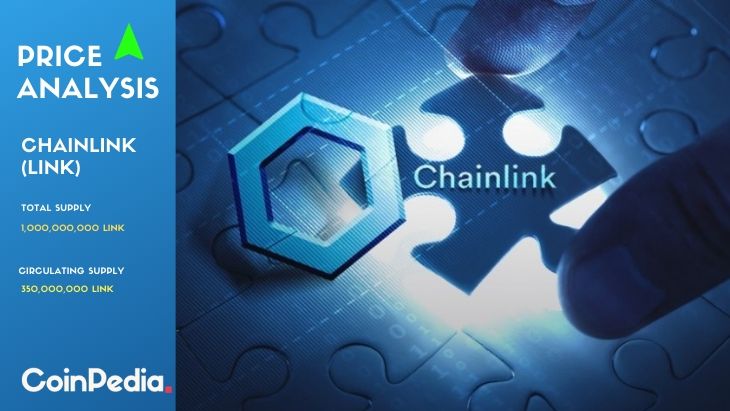