Kim Kardashian, an American businesswoman, received up to $250,000 last year for promoting EthereumMax tokens on her Instagram account.

However, the advertisement got her into legal difficulties with the SEC, which levied a $1.2 million fine against her for marketing the cryptocurrency project and breaking American securities rules.

The popular reality star however, agreed to pay the fine without disputing the allegation.

An explanation of the SEC’s decision to fine the American personality of $1.2 million has been given by Fox Business journalist eleanor terrett 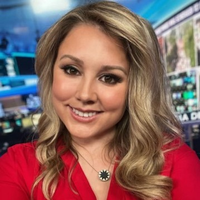 . The  journalist said that a former SEC attorney had told her that the action was a publicity stunt.

Terrett asserts that the SEC used Kardashian as a scapegoat to convey to the public the idea that the organization is committed to shielding investors from shady cryptocurrency transactions.

The ultimate aim of the action is to give the SEC negotiating power over cryptocurrency regulation.

“[Gensler’s] goal, in part, is to prove that the SEC should have at least equal jurisdiction with the @CFTC on regulating crypto as Congress looks to determine who should be the principal regulator,” Terrett said.

Who will manage the American Crypto Industry?

The SEC and the Commodity Futures Trading Commission  (CFTC) have been at odds about who should manage the regulation of the American crypto industry.

The CFTC has the support of a large number of bitcoin stakeholders who believe it should be the industry’s regulator. Crypto aficionados think the SEC is more concerned with defending its territory than it is with protecting U.S. investors.

The best organization to oversee the emerging industry is being investigated by the US Congress. Except for Bitcoin (BTC), all cryptocurrencies, according to the SEC, are subject to its regulatory oversight.