JPMorgan recently released its 2022 Q2 results. The company’s net income was $8.6 billion, down by 28%, dominantly driven by a net credit reserve build of $428 million compared to a net release of $3.0 billion in the previous year. The company’s net revenue was $31.6 billion, an increase of 1%. 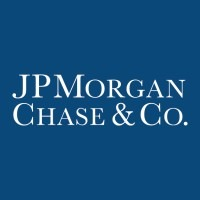 Followers : 0 View profile , Jamie Dimon, commented on the Q2 results and acknowledged that the company had performed well in the second quarter.

“JPMorgan Chase performed well in the second quarter as we earned $8.6 billion in net income on revenue of $30.7 billion and an ROTCE of 17%, with growth across the lines of business, while maintaining credit discipline and a fortress balance sheet.”

The Chairman and CEO also added, “In the first half of 2022, we extended credit and raised $1.4 trillion in capital for large and small businesses, governments, and U.S. consumers. We continue to invest in strengthening the Firm by adding products, people and technology to better serve our customers, as well as expand into new markets. We will continue to use our capital to invest in and grow our market-leading businesses to support our clients, customers, and communities and pay a sustainable dividend.”

Following the Q2 report, Jamie had a call with JPMorgan’s wealthy clients on Tuesday as per Yahoo’s report.

Now, Jamie Dimon has voiced his speculations about the U.S. economy and predicts “something worse than a recession”.

“There are storm clouds,” he added, referring to the interest rates, QT, oil, Ukraine, war, and China.

Jamie noted that overall the U.S. economy is strong. “Consumers’ balance sheets are in good shape,” “Businesses are equally in good shape. When you forecast, you have to think differently. It is a bad mistake to say, ‘Here is my single-point forecast,” he said.

However, he highlighted that “you have to think differently”.

He clarified, “It is a bad mistake to say ‘here is my single point forecast.’”

This isn’t the first time that Jamie predicted trouble coming. Back in June, he had alerted investors about ‘an economic hurricane is coming our way.’ He had advised investors to “gear up”.

“I’m going to change the storm clouds out there. Look, I’m an optimist, I said there are storm clouds, they’re big storm clouds: It’s a hurricane.” He also added: “You better brace yourself. JPMorgan is bracing ourselves and we’re going to be very conservative with our balance sheet.”

During his recent visit to JPMorgan Chase’s Olneyville bank branch, Jamie said, “Whatever the future brings, JPMorgan is prepared.”

Other Experts Pitch In

Many other analysts are thinking along the same lines, and have been predicting a recession in the U.S. economy this year.

On Monday, Michael Gapen, Bank of America’s head of U.S. economics, explained to Fox Business that there is a high chance of a mild recession this year. He seemed to be expecting the federal reserve

Followers : 0 View profile to unintentionally trigger a downturn with its war on inflation.

Michael propounded, “This cycle probably ends in a mild downturn … How do I come to that? It’s basically just history. It’s really hard to achieve a soft landing.”

On Sunday, Goldman Sachs’ economist David Mericle said in a detailed client note: “Our broad conclusion is that there is a feasible but difficult path to a soft landing, though several factors beyond the Fed’s control can ease or complicate that path and raise or lower the odds of success.”

Here’s How FED’s Interest Hikes Affecting Crypto And Other Market?