Bitcoin (BTC), the biggest cryptocurrency holding around 52% of crypto market, has broken the $4,000 barrier.

Most analysts agree that another move higher is urgently needed in order to maintain upward momentum.

The US Presidential Candidate and crypto enthusiast John McAfee, made another statement in favour of Bitcoin saying,

People complaining about Bitcoin price manipulation by powerful players. Forget it. There’s not enough power on Earth that can stop Bitcoin in the long run. Relax and be patient.

[bctt tweet=”Bitcoin Has A Long Future!”]

You say the world’s powers will stop Bitcoin? Impossible. New technologies always wind. All the laughter in the world, plus a huge war with the most powerful industry in the world at the time – the Railroads – did not stop the Model-T from ushering in the age of automobiles.

Meanwhile, on march 20, Mcafee announces that he is no longer working with or promoting Skycoin.

In response he replied to one of the comment saying,

I’ll keep it as a reminder that no matter how old I get, I still get scammed by unscrupulous people with pie in the sky plans. They almost drove me to violence.

Recently, Skycoin has introduced the developer version of their Skywire application. Developers can now download, install, build, and run the Skywire mainnet utilizing a command line interface. Also, the full developer documentation will be released over the next few weeks.

Well, this is not the first time John McAfee is in the news . Since declaring his candidacy for the US Presidency and his bitcoin predictions, McAfee has been in the news for his statements. 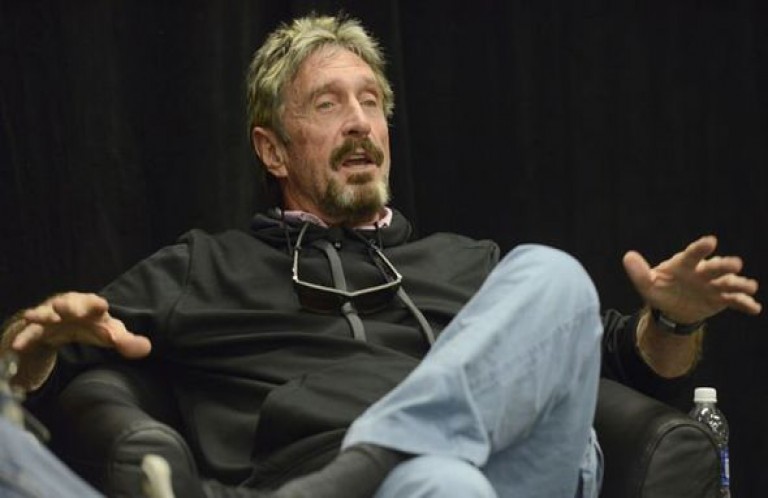 Bitcoin Stands Above $10000 Strongly-What Can Be Expected Next?