Back in December, Italy was one amongst the seven EU members signing a declaration. Moreover, this agreement was to implement blockchain technology within its economy.

However, the Ministry of Economic Development at Italy unveils a list of experts having their backgrounds in variant sectors. Some include business, technology, law, etc. The members at the advisory board are:

A few months back, the Deputy Prime Minister at Italy, Luigi Di Maio closely notes the pattern emerging technologies are shaping and transforming the lives. He says:

Emerging technologies such as artificial intelligence and blockchain are destined to radically change our lives, the society in which we live and the economic and productive fabric of the country. We have to decide which way to go.

We’re working on a project, the so-called Blockchain for the encrypted information. It is very interesting – you have an algorithm and there are no intermediaries. If the Blockchain could be used in politics that would be very interesting, so if a parliament member you voted for does not follow the program he or she would be automatically expelled.

The team seems quite hopeful about the potential that blockchain possesses in multiple applications.  The Director at BlockchainEdu Association, Lorenzo Giustozzi notes:

It is difficult to say what the real applications of this technology will be. We are certain about the world of payments, which is already being revolutionized by this new technology, but the experimentation of using public and private networks on other sectors are countless, including voting, identification, securing the supply chain, and data management.

The European Union in past few times is taking several moves towards blockchain technology implementation in the economies regarding its naïve states. Moreover, Italy at that time was the 27th member joining the European Blockchain Agreement.

Previously, the EU establishes a Blockchain Observatory and Forum aiming to promote blockchain in Europe. They believe it will map the ongoing blockchain initiatives, analyze and report about crucial blockchain themes.

On the other side, it will help promote blockchain knowledge and education, share and hold several events with debates and discussion.

What is your view about the Blockchain Advisory Board? Share your thoughts in our comments section. 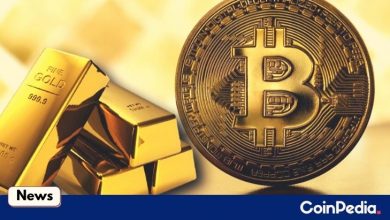