After Binance backed out of the FTX acquisition deal, justin sun 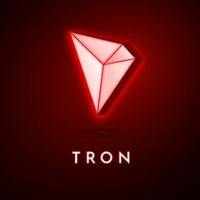 ecosystem founder and Grenada’s ambassador to the World Trade Organization, has announced that they are working on a solution to end the liquidity crunch. Sun has noted that the ongoing ftx exchange

liquidity crisis is a menace to the whole industry from a regulatory standpoint. As such, Sun and his team are reportedly working round the clock to avert FTX’s collapse.

According to the latest crypto prices data, FTT has gained over 121 percent to trade around $3.33 at publication time. The digital asset hit rock bottom at about $1, obliterating gains since the project’s inception. Nonetheless, Sun noted that his team is optimistic about a possible solution, whereby Sam Bankman-Fried retweeted the announcements.

However, there are scant details on the ‘pathway forward’ announced by Sun regarding the FTX saga.

As a significant player in the cryptocurrency industry, FTX has received massive support from fellow exchanges and blockchain firms. Moreover, its capitulation spells a disaster for the whole crypto industry, which will receive more strict regulations from global lawmakers. Mind you, the United States Securities and Exchange Commission (SEC) has initiated a formal investigation on FTX.

While the FTX collapse was sudden to most people, Bankman-Fried had previously noted that the company was in good shape, particularly on its balance sheet. Hereby raising questions about whether some FTX whales liquidated their position on competitive bids. Notably, Binance has a stake in FTX, whereby the exchange holds some FTT tokens.

The crypto market is, however, very unpredictable, and the bulls could take over before the year ends. Hereby cementing its bottoms for future support levels. For instance, the Bitcoins monthly dollar derivatives chart shows the asset could close the month with a bullish outlook.

As such, day traders are cautioned to proceed with care as stop hunts are likely to get sharper and longer with heightened volatility. Meanwhile, the total cryptocurrency market capitalisation has dropped over 8.7 per cent to approximately $874 billion.