Edward Kim and Alex Foreshaw, the lead developers of terra

In a tweet on September 29th, Terra Rebels announced the release of the official Terra Classic revival roadmap for which The Roadmap and the white paper are available on their official website. But this roadmap might change as the developments continue for the recovery of Terra Classic. 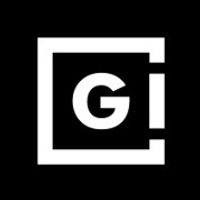 . After the roadmap was released, his stance seemed to shift. The group comes with an aim to rebuild independence from Terraform Labs and do kwon

With the release of the Terra Classic (LUNC) revival roadmap, it is clear that the rebels have something big at the back of their minds, especially the plan to rebuild and recover the Terra Classic blockchain and LUNC price.

The group is also working to make Terra Classic completely independent of TFL.

David has been going to and fro on his stand.

In a tweet today, David indicated his excitement about LUNC but his recent tweets indicate his stance seems to be changing. Gokhshtein Media founder previously also shifted from his views. David Gokhshtein commented that LUNC is a lottery and has no utility. But his stance changed to taking a chance in LUNC

after Binance agreed to burn trading fees on LUNC spot and margin trades and he planned to invest $500 in LUNC to see if the claims are right.

He even raised questions about the link between Terra Classic, Terraform Labs, and Do Kwon. Terra Rebels and validators gave confirmation that TFL and Do Kwon are focusing on LUNA v2.