Bitcoin prices suffered yet another dip in the prices on November 30, 04:00 UTC and the prices fell from $4,200 range to $3,800 range, which is a decline of almost 10% in a day. However, the prices are trying to recover since then. 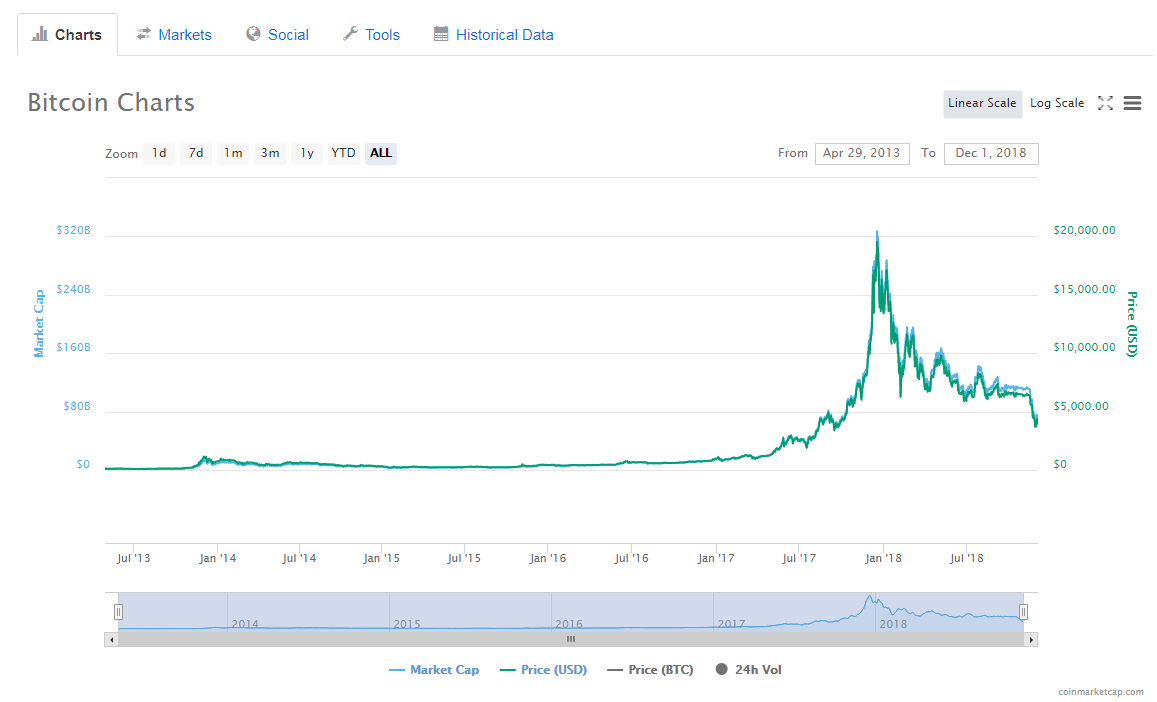 The uptrend for Bitcoin seems unavailable with the markets dipping down. The prices have recovered from the yesterday’s dip, but they still have recovered enough for an uptrend.

The downtrend for Bitcoin in the one-day timeframe for Bitcoin ranges from $9799 to $4245.

Indicators You Should Consider

The Bollinger Bands experienced a short squeeze and have since been on an expansion, which shows massive induction of volatility in the market. The prices have been trying to get to the middle of the simple moving average.

The Chaikin Money flow indicator shows that sellers are dominating the buyers, and that bears still control the bitcoin markets.

The uptrend for Bitcoin ranges from $3676 to $3932 which slightly lower than yesterday’s uptrend.

The downtrend for Bitcoin ranges from $5495 to $3974. The downtrend in the one-hour chart seems to have been increasing in strength as the prices dipped further down on November 30.

Initial resistance can be seen set up at $4345, which was breached by yesterday’s candle’s wicks. But the resistance point can at $4583 is safe.

Indicators You Should Consider

The MACD indicator shows an incoming bullish crossover, as the MACD lines have crossed the signal line.

The Stochastic RSI has reached the overbought zone and is saturated there, hence a bearish crossover is taking place.