The bitcoin rival and the decentralized app network, Ethereum continues to climb overtaking XRP digital token and reclaiming the second position in the list of world’s largest cryptocurrencies by market capitalization. Over the last 24 hour period the price surged to $120 per ether token. Whereas the Ripple token remains flat holding gains from late last week.

Moreover, the cryptocurrency Bitcoin is trading approximately at $3,600, which is 5% up over the last week. Ethereum’s price appears to be down to some major moves from large Ethereum holders like Cryptocurrency whale tracker.

In a period of 24 hours, the Crypto whales have traded a value of $8.5 million of Ethereum. Also, adding to ethereum daily volume of $3.2 billion. Generally, the crypto markets remain small enough to trade at either above or below market rates. Currently, ethereum has a market capitalisation of $12.6 billion, which is slightly above Ripple’s market cap of $12.4 billion. Whereas Litecoin on the fourth position has a market cap of $2.6 billion.

Mati Greenspan, who is a senior market analyst at cryptocurrency broker eToro said

Crypto price movements over the last week have been encouraging, with litecoin experiencing an impressive price surge of around 40%, but it’s important to remember that we’re not out of the bear market just yet. While some might argue the bears are weakening, bitcoin needs a strong breakout above the psychological level of $5,000 before the bulls can sharpen their horns in earnest.

This rise in Ethereum’s price was out when a report unveiled that many ethereum apps were unused. Among the 1,300 live dApps, 86% of them had zero users on Saturday, while only 7% of dApps running actively on Ethereum had any transaction volumes over the last 24 hours.

The next real bitcoin and cryptocurrency bull run where the prices were seen at highs during late 2017 and early 2018, will not appear until use of cryptocurrencies improves throughout the wider population. Also, Ripple which holds 60% ripple tokens and maintains Ripple network has included new partners in recent months. They also teased a potential tie-up with the institutional rival Swift. 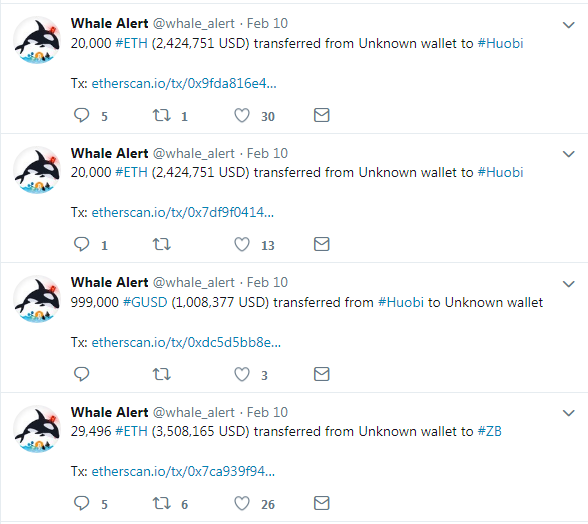 Here’s When Bitcoin and Ethereum Can Make a Comeback!

More Pain On Horizon For Bitcoin(BTC) and Ethereum (ETH)! Here’s What CNBC Host Jim Cramer Has to Say