Cryptocurrencies started the year 2022 on a decent note but things changed in the month of May with a collapse of the Terra network. This incident had the worst effect on the whole crypto space as the network lost more than $40 billion in a matter of weeks.

Followers : 0 View profile founder Do-Kwon’s statement is exactly opposite of what was known till now. In a recent conversation with Coinage, Do Kwon claimed that the officials have neither spoken to him nor have filed any charges.

Followers : 0 View profile about his plans to return from Singapore to South Korea, Do Kwon wasn’t sure. He responded that it’s hard to decide as no investors have contacted him nor made any charges.

As per the reports, Do Kwon has been charged with many class action lawsuits along with his company Terra and related members. Additionally, in the month of July, South Korean officials had even raided the residence of Terra co-founder daniel shin 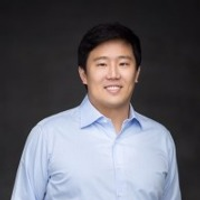 Do Kwon To Return From Singapore?

Meanwhile, South Korean regulators have been repeatedly requesting Do-Kwon for his cooperation and have asked him to inform them once he is back from Singapore. Additionally, though there isn’t any arrest, Terra’s earlier and present employees have been restricted from leaving South Korea.

On the other hand, Do Kown stated that if time comes he will definitely cooperate with the officials. When the interviewer asked the expected jail time if any, Do Kwon said that it’s life long. Also till date there are no details provided by the country’s regulators as well.

Previously, there was a statement from Do Kwon that he doesn’t agree with the claim that he has committed any fraud, but he was just betting against something huge and that didn’t work.