Japan is setting a high range of trend by the latest ad for the DMM bitcoin exchange with the celebrity cost in gold.

And while digital ads are still an excellent focus for cryptocurrencies-related businesses, the billboard is a sign of how cryptocurrency debate has taken center stage in the country. It adds another twist to the discussion after the latest ban on ICO and crypto-related ads by Facebook. 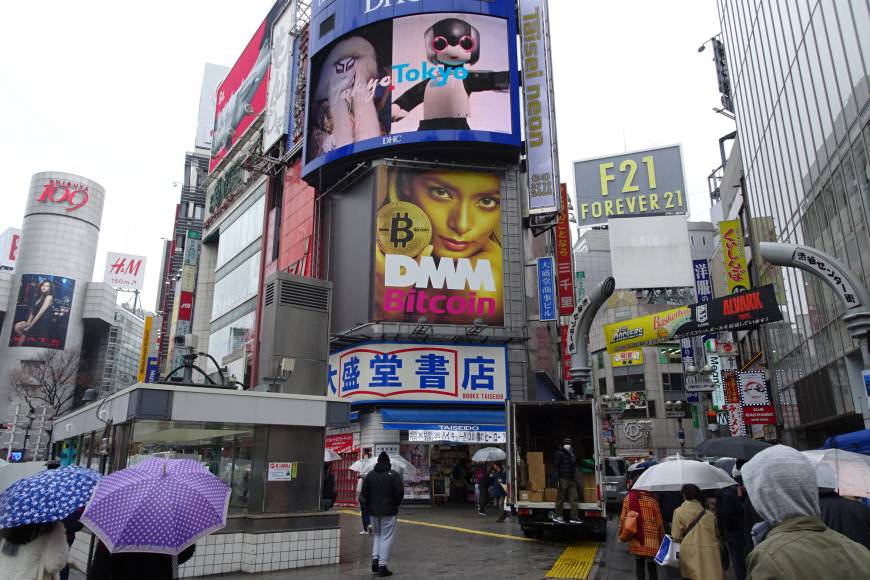 After CoinCheck was hacked last year, cryptocurrency ad campaigns also started becoming a target of criticism. For instance, DMM, bitFlyer and Coincheck and other Japan-based crypto entities have been using YouTube, Facebook and Instagram as well as television advertising. Ads from Coincheck and bitFlyer were aired on TV 819 times in Kanto region. Coincheck even admitted that they put more priority on attracting customers with advertisements than improving security.

“The thing that makes me the angriest is that they spent money on commercials. These should have been spent on their systems,” said CEO Yoshitaka Kitao of SBI Holdings. However, CEO took the opportunity to criticize the spending behavior of Coincheck Inc.

Facebook recently banned cryptocurrency, ICO, and related ads. That ban is going to affect advertising on other platforms. Channels like Instagram and Audience Network although it is unclear whether the ban is permanent or temporary.

However, there is no doubt that cryptocurrency entities and companies are going to be looking for additional methods. Hence to advertise their business even as they face a pushback.

A BitFlyer spokesman Ena Banno said in a post that the company would use social media advertising based on the overall market situation following the ban.

Will this form of advertising help boost bitcoin and other cryptocurrency prices? Follow us on Twitter for updates or join us on Telegram