Funky Crypto Podcasts is one of the crypto educatory platforms with Ben Askren and John Kim as hosts. They educate the masses on the cryptocurrencies like Bitcoin, Litecoin, etc. In recent posts, they held an interview with an American Author, physician, and a retired politician who served as the U.S representative for Texas.

The interview was mainly to understand the current situation in the U.S due to the ongoing COVID-19 pandemic and its effects on the U.S economy. Ron Paul also

The U.S is undergoing immense downfall in various sectors like economy, jobs, the standard of living, inflation, etc. Ron Paul termed the current phase as ‘More Worse’ than the 2008 recession.

Due to the COVID-19 impact, many people lost their jobs, the U.S economy is sinking and above he thinks that we are living in a dangerous era where not only financial but civil liberties are also under attack. He said, “We Should be alert for what is going on in the world”

According to Ron, the U.S government’s lockdown decision was unfair to some extent as the poor became poorer and the rich became richer. He justified by giving an example of Walmart as it had the license to be open and for the reason, it had the best of its times till now.

Ron further told that the people do know the government’s stand on the situation but still believe that the government would do good to them. The government is also trying to bring the states’ economy to normal by funding them with millions of dollars.

Ron Paul termed Cryptocurrencies like Bitcoin as a good competition to the fiat monopoly and the cryptocurrency will be vulnerable to the government too.

He believes that the people who are familiar with should have a try but the fraud risks would really be very hard to tackle. And also the companies need to ensure high security to the customer’s investment.

However, Ron thinks that no matter how decentralized the cryptocurrencies are, the government will put them under their framework. He thinks that its the time when people should stand up to their rights and think whether the government’s intervention is required or no.

When asked whether Paul still has the Ballet wallet with Bitcoin which Bobby Lee gave him at the Litecoin Summit in Las Vegas, to which Paul replied yes he does and he keeps going to the McDonald’s so that they take it and he’ll be really excited if one day he could use the Ballet wallet there. 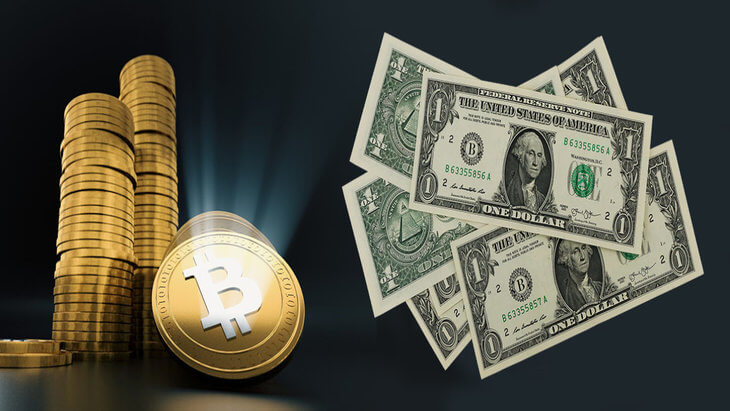 Article Name
Cryptocurrency a good Competition to the Fiat Monopoly - Says Ron Paul
Description
According to Ron, the U.S government’s lockdown decision was unfair to some extent as the poor became poorer and the rich became richer. He justified...
Author
Delma
Publisher Name
https://coinpedia.org/
Publisher Logo