Currently, Bitcoin (BTC) and Ethereum (ETH) are dominating the cryptocurrency markets and fending off the bears. So far, the markets have made a respectable recovery, although they encountered a number of barriers along the way.

However, all good things must come to an end, and this rally is no different. The crypto industry is anticipating that the prices will begin to fall short and the rally will cease. 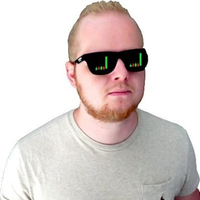 Followers : 0 View profile , the expert who foresaw the cryptocurrency meltdown earlier this year, has provided his thoughts on the current price rebound yet again and has analyzed the market ups and downs.

The cryptocurrency market entered the reconsolidation phase last week, but this week it has seen major price decreases in several of the key coins and assets. However, Svenson believes that the rise will go longer and cautioned his followers on the potential risks involved in positions they might open in the next few days.

Shorting the markets could be risky

Svenson warned traders and investors on Twitter that shorting the markets could be a bad idea at the moment. The price charts of Bitcoin and Ethereum, two of the most prominent currencies in the world, indicate that a breakout is impending. Even if the price of Bitcoin has soared by 33% since mid-June, as per Svenson, it is still trading at a relatively low level.

The recent price decrease may not prevent the bullish market scenario from succeeding. Shorting the market could be risky because a breakout could be just around the horizon. Investors should wait until the cryptocurrency market has stabilized because it is still healing and prices could rise in the near future.

Ethereum To Emerge As The Winner?

The current EMA, in the opinion of other experts, works against shorting and should only be used in the event of a change in the current momentum. According to recent estimates, Ethereum has liquidated $29 million worth of short bets during the past 24 hours. Bitcoin and Ethereum are currently in the reconsolidation phase following the market meltdown; ETH derivatives attracted more capital than BTC.