Coinshares joins the list of crypto firms that have had to bear the negative impact of the Terra crash. 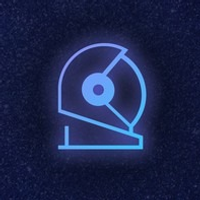 CoinShares reveals that these losses were primarily associated with the Terra (LUNA), now known as Terra Classic (LUNC), crisis in May 2022. The firm further claims that the de-pegging of Terra (LUNA) brought a loss of 17.7 million pounds to the Capital market business.

CoinShares never held any position directly with any company. However, one of the firm’s books was connected with TerraUSD stablecoin, resulting in huge losses.

CoinShares’s CEO, Jean-Marie Mognetti, expressed his positive thoughts regarding the firm’s upcoming functionality. The CEO claims that the firm has enough funds to move the markets at the time of volatility and says it’s all possible because of strategy, balance sheet, and a unique team.

While discussing the future, the firm claims they plan to get listed in the Nasdaq Stockholm Main Market, but this can happen only after acquiring an Alternative Investment fund Manager license.