CoinMarketCap did not give reasons for removal of the website but it is believed to result from recent controversies between Bitcoin Cash and BTC community. The latter argues Roger Ver is misleading people to buy BCH instead of BTC.

CoinMarketCap has removed Bitcoin.com as a secondary website for Bitcoin (BTC) on its website listing for BTC. CoinMarketCap, which tracks cryptocurrency prices, market capitalization and charts for more than 1500 coins and tokens did not communicate on the issue.

The removal leaves Bitcoin.org as the only website on the BTC listing at CoinMarketCap.

The Bitcoin community said last week it is unable to progress with a lawsuit against Bitcoin.com due to lack of funds. Roger Ver started Bitcoin.com as a crypto wallet and media service after Bitcoin Cash forked out of Bitcoin in August 2017. The website still allows creation of BTC and BCH accounts although there were reports that it made some changes. However, its website now lists Bitcoin Cash as Bitcoin Cash and not Bitcoin.

And trolls continue on Twitter about the seemingly controversy between the two cryptocurrency. With Very calling Bitcoin Cash a “better currency” and “better store of value” than Bitcoin. The former Wall Street executive Michael Novogra tweeted in response to a tweet by Ver that  “[e]nough already. Bitcoin core is BTC. It is a store of value. It is digital gold. It’s market cap dwarfs bitcoin cash [sic].” 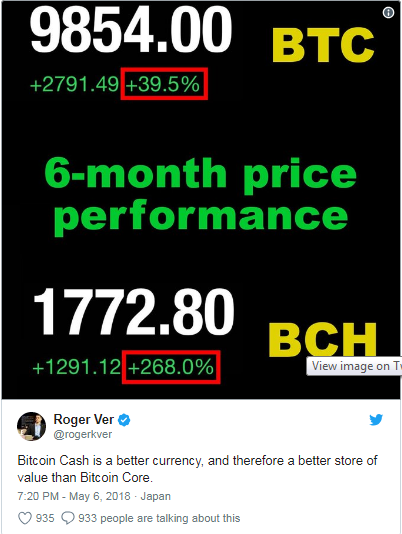 What’s your take on controversies between Bitcoin Cash and Bitcoin?  Lets discuss on Twitter and Telegram.